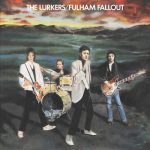 My shelf full of albums to be reviewed has run out of space. So once again it’s time for a raft of hundred-word reviews. All sixteen titles in this roundup are reissues, compilations and/or archival releases. 6-String Drag – High Hat (Schoolkids Records) Before Americana was coined as a genre, there was alt-country. Combining rock
Read More
As part of my continuing effort to thin the pile of to-be-reviewed CDs on my desk – and that’s after culling all the ones I’ve decided not to cover – I present the second in this month’s series of 100-word capsule reviews. This batch will feature new music by artists with whom most readers will
Read More
I sometimes wonder if Martin Newell gets tired of all the Ray Davies comparisons. I mean, the man (Newell) has released something like thirty or forty albums (many of these on cassette, back in the 1980s) as Cleaners From Venus, Brotherhood of Lizards, and under his own name. While many of these were zero-budget, decidedly
Read More