My shelf full of albums to be reviewed has run out of space. So once again it’s time for a raft of hundred-word reviews. All sixteen titles in this roundup are reissues, compilations and/or archival releases. 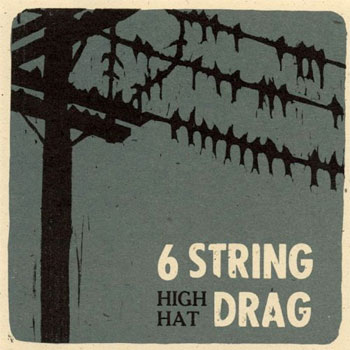 6-String Drag – High Hat (Schoolkids Records)
Before Americana was coined as a genre, there was alt-country. Combining rock and c&w, it (thankfully) didn’t sound like the Eagles. Raleigh NC’s 6-String Drag was one of the best of the bunch doing the alt-country thing in the 1990s. This album, produced by Steve Earle, has long been out of print, and not only is it newly reissued, it’s available on vinyl now too. If you like Jason & the Scorchers in the 1980s (and dig current acts like Wilco and Drive-By Truckers) then you should check out what could be called the missing 1990s link between those eras. 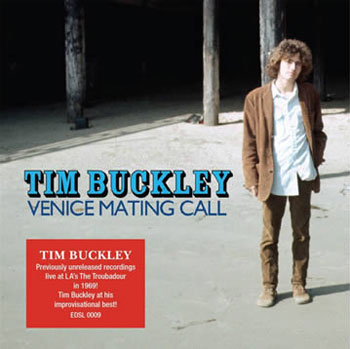 Tim Buckley – Venice Mating Call (Manifesto)
Avant-garde, genre-shifting singer Tim Buckley rarely made it easy to be a fan. He changed styles more often than Neil Young or Todd Rundgren, and his uncompromising approach made him tough to follow. This collection of previously-unheard live recordings from 1969 leans more toward accessibility, but when it comes to Buckley, that’s a relative term. Buckley displays his legendary ability for vocal acrobatics, but in this context it makes sense and isn’t overly showy. Sound and performances are impeccable (the band is vaguely Grateful Dead-like), and Pat Thomas’ liner notes add to the enjoyment of this demanding yet important artist. 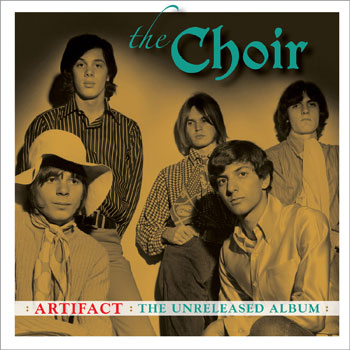 The Choir – Artifact: The Unreleased Album (Omnivore Recordings)
The Choir is best-known for two things: being the early band for several musicians who’d resurface in Rapsberries, and the classic “It’s Cold Outside.” Who knew, then, that a whole album of previously-unreleased material from 1969? An even bigger surprise is just how good it really is. Imagine a cross between the Left Banke and the Who. The band could do baroque rock flawlessly (“Anyway I Can”) but they could also sound very much like what we now call freakbeat (“If These Are Me”). “Ladybug” sounds like early Procol Harum. Artifact is simply essential for melodic rock fans. Buy it. 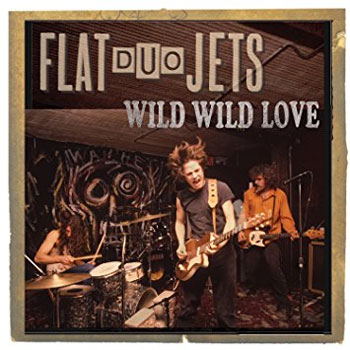 Flat Duo Jets – Wild Wild Love (Daniel 13)
In 2018, the mention of yet another guitar-and-drums duo is likely to elicit an eye-roll: it’s been done nearly to death. But it is worth remembering that when Flat Duo Jets started out, the approach wasn’t the cliché it would become. This 2CD set reissues the first album from Dex and Crow, and adds a second disc of outtakes. The raw energy and – wait for it – authenticity of this set makes it essential. The music is close in spirit to early rock ‘n’ roll, with a reckless-abandon attitude that may remind you of Alex Chilton’s brand of punk. 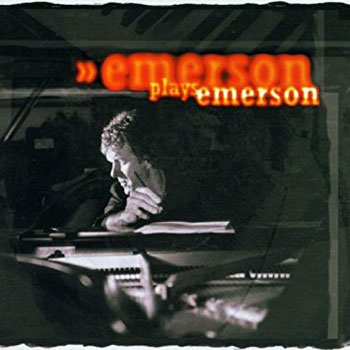 Keith Emerson – Emerson Plays Emerson (Emersongs Ltd)
The pianist was legendary for his abilities, but he was – depending on one’s point of view – either praised to the heavens or reviled. How you feel about his work: genius, excess or a bit of both (or even a lot of both) will have a lot to do with how you’ll receive Emerson Plays Emerson, a collection of material form throughout his career. Most of the 22 tunes are solo piano works, and neither Greg Lake nor Carl Palmer appear at all. The music is most everything but rock, but the playing and composition are absolutely breathtaking nonetheless. 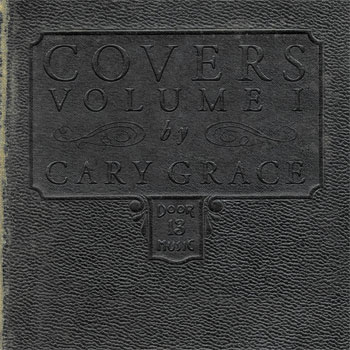 Cary Grace – Covers, Volume I (Door 13 Music)
Synthesist/songwriter Cary Grace is quite a prolific artist, and her albums of original material are highly recommended. This busman’s holiday collection takes a different approach: Grace and her band cover songs from the artists whose work informs her own. Bob Dylan, Amon Düül II, Cream, Satanic Majesties-era Rolling Stones and pre-Dark Side Pink Floyd get covered here, and Grace often makes the songs her own. Grace’s reading of the early David Gilmour composition “Fat Old Sun” (from Atom Heart Mother) is one highlight of many. David Bowie gets covered three times; his “Sound and Vision” is somewhat unexpected but welcome. 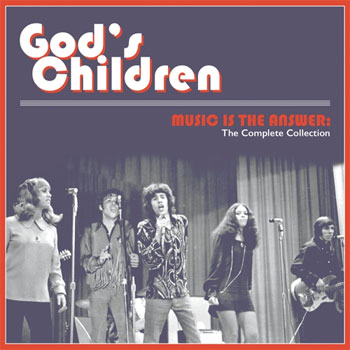 God’s Children – Music is the Answer: The Complete Collection (Minky)
Have you ever wondered what Steppenwolf might sound like if they were led and populated by Latino Americans instead of a German/Canadian? Well, okay, maybe you haven’t. But if you did, here’s a possible answer. “Little Willie G” Garcia led this group, one that displays hints of the style of Santana, Malo and Sly & the Family Stone, but with a concerted emphasis on soulfulness. The group (which grew out of an important L.A. Chicano act, Thee Midniters) had crowd-pleasing pop songwriting smarts. This collection doesn’t sound like a compilation of outtakes; it’s extremely polished, consistently energetic and very appealing. 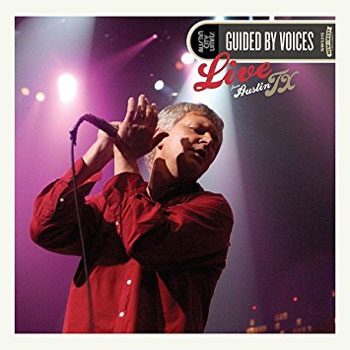 Guided by Voices – Live from Austin TX (New West Records)
Bob Pollard is notorious for a few things: his prodigious output, the erratic nature of said output, the seemingly random strings of words that characterize his songs, and the energy of his live shows. All of those qualities are on brilliant display on this 2CD+DVD set, a document of Guided by Voices’ appearance on Austin City Limits in 2004. Pollard’s inerrant melodic sense rears its head often, and so too does his idiosyncratic manner. Thirty songs across two discs almost seems a bit stingy for a GbV release, but here (unlike many of the band’s releases) it’s quality before quantity. 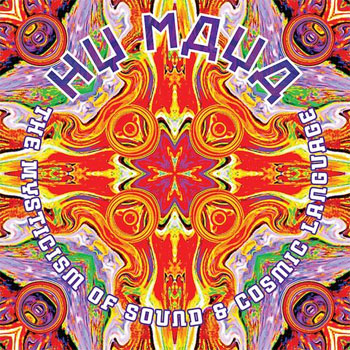 Hy Maya – The Mysticism of Grace & Cosmic Language (Smog Veil)
The American Midwest gave us some unusual musical artists in the 1970s: Rocket From the Tombs, Tin Huey, DEVO, Pere Ubu and the Dead Boys are just a few of the off-kilter bands of the region. It’s difficult ot classify Hy Maya, and they don’t sound like any of those acts. Avant-garde and experimental are two descriptors that come to mind; In places hey sound like Lou Reed’s Metal Machine Music meeting Tangerine Dream; other times they rock like a more conventional MC5. Synthesizer pioneer Allen Ravenstine is on several tracks. Owing to its provenance, sound quality is only so-so. 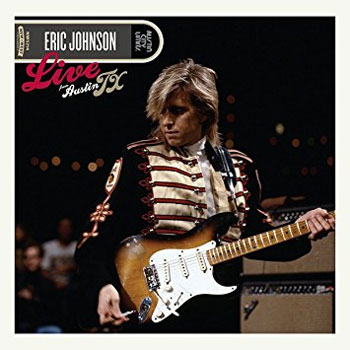 Eric Johnson – Live from Austin TX (New West Records)
This 1989 perseverance wasn’t Eric Johnson’s first appearance on the venerated and long-running PBS series Austin City Limits, but it’s perhaps the most celebrated. Riding on the well-deserved success of Tones (which had been out some three years without a follow-up), Johnson previews some of the material from 1990’s Ah Via Musicom (including the future classic “Cliffs of Dover”) along with favorites and a knowing reading of “Are You Experienced?” The hour-long set is presented here on both CD and DVD; the latter is remixed to 5.1. Without the fussiness that sometimes characterizes his studio work, Johnson tears it up. 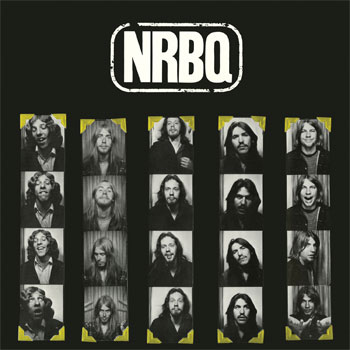 NRBQ – NRBQ (Omnivore Recordings)
If any group embodies the pan-genre mindset that seamlessly combines rock, soul, blues and country, it’s NRBQ. The group has endured myriad changes since its start – some (not me!) don’t even consider the current Q a rightful heir to the band name – but Terry Adams keeps the flame burning. This 1969 LP is where it all started, and with due respect to all that would come after, it’s quite possibly NRBQ’s best. Who artist other than the Q could cover Carla Bley, Bruce Channel and Eddie Cochran and not sound like a bunch of dilettantes? Nobody is who. 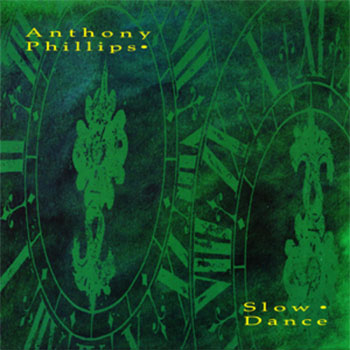 Anthony Phillips – Slow Dance (Esoteric Recordings)
Anthony Phillips is, unfortunately and unjustly – known primarily as the guitarist who left Genesis to be replaced by Steve Hackett. But Phillips went on to a solo career, working with Camel guitarist Andre Latimer for a time as well. His 1990 album Slow Dance was a single composition (a la Mike Oldfield’s Tubular Bells) and relies on then-current technology (sequencers, drum machines). The various movements skitter through pseudoclassical, progressive, new age, electropop and more. This greatly expanded reissue presents a remastered version, a disc of new “vignettes” from the sessions, and a DVD-R with the album remixed for 5.1. 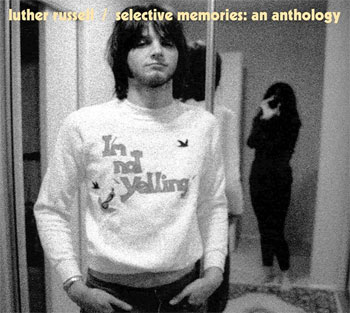 Luther Russell – Selective Memories: An Anthology (Hanky Panky Records)
Russell first came to my attention when he made a very Big Star-like album with Big Star’s Jody Stephens as Those Pretty Wrongs. Apparently I’m not the only one who had been unaware of the man’s impressive body of work. He crossed paths (and collaborated) with bigger names like then-teenager Jakob Dylan, former Black Crowes guitarist Marc Ford, and acclaimed producer Rick Rubin. He’s also written songs popularized by others. This 2CD collection is big on rarities, though for Russell novitiates that won’t matter much. The stuff rocks more than Those Pretty Wrongs, and displays Russell’s knack for melody. Recommended. 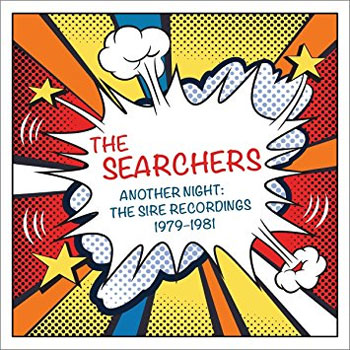 The Searchers – Another Night: The Sire Recordings 1979-1981 (Omnivore Recordings)
I’m likely not the only one who was a bit puzzled with first hearing The Searchers’ cover of the Records’ “Hearts in Her Eyes.” The Liverpool quartet seemed from (and was from) an earlier era that gave us Merseybeat and another four-man group from the city on the Mersey. But the band had a second win in the era when pub rock crossed over into new wave. In 1981 the Searchers released a pair of albums on Sire; both (plus bonus tracks) are here. Their cover of Nick Lowe’s “Switchboard Susan” pales next to the original, but it’s nice enough. 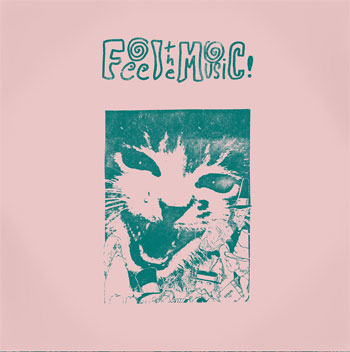 Various Artists – Feel the Music (Kemado)
I like “outsider music” as much as the next record boffin, so I was intrigued to learn of this curated collection put together by Endless Boogie’s Paul Major. As is often the case with any compilation of oddities, the charm of the tracks within will entrance some listeners and repel others. A listen to any of the tunes here will make clear why these tunes weren’t hits; in every case, at least one component – the playing, the singing, the writing – is off-kilter enough to relegate it to obscurity. The warning “Your mileage may vary” has never been truer. 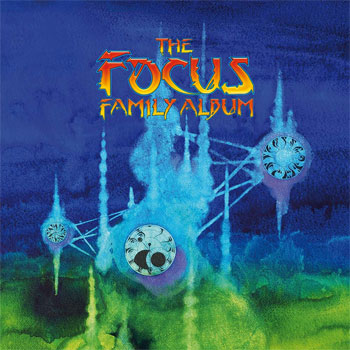 Various Artists – The Focus Family Album (In and Out of Focus Records)
Focus is one of those acts that enjoyed its heyday many decades ago, yet continues today with a vastly different lineup. Viewed with the right perspective, the music Focus makes today is quite good. But it doesn’t resonate the way that “Hocus Pocus” and the band’s early 1970s work did. Of course expecting it to do so is unfair. This 2CD set features odds and ends from the current band, plus solo tracks from members past and present. Focus’ “Song for Eva” is lovely, very much in a melodic prog vein. But some of the other tracks are tough going.