One of the larger projects that Omnivore Recordings has undertaken in recent years is the Game Theory catalog. The alternative rock band (there are other labels that might apply, but […]
Read More 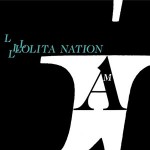 I know people who are way-into the rock subgenre known as power pop. I’m one of those people myself, and I make no apologies for it. And while most aficionados […]
Read More
Today’s roundup of capsule reviews focuses on reissues or previously-unreleased material by acts who came to prominence (or something approaching it) in the 1980s or later. Old 97’s – Hitchhike […]
Read More
There’s a never-ending stream of reissued music, too. So it’s time once again for some hundred-worders to work off some of my backlog. As always, these all deserve full reviews, […]
Read More
Once again, it’s time for a run of hundred-word reviews. My inbox has been overflowing of late, and even after removing the material that I deem not worth my time […]
Read More