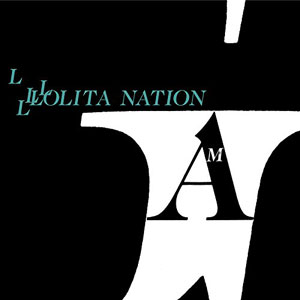 I know people who are way-into the rock subgenre known as power pop. I’m one of those people myself, and I make no apologies for it. And while most aficionados of the style acknowledge the debt owed to earlier pioneers such as Badfinger, The Raspberries and a select few others from that era, the mention of one band raises dissension among the ranks of power pop lovers. Big Star is one of those groups that one either loves to pieces, or “doesn’t get.” I know people who are dyed-in-the-wool fans of power pop, but who still scratch their head at the appeal and/or influence the once-obscure Memphis band had upon power pop.

And I get it: their songs were sometimes angular and knotty, and the tunes often strayed from (or ignored altogether) many of the rigid pop conventions to which, we are told, power pop must conform. One could make a more convincing case that Big Star influenced alt-rock, or college rock, or indie rock, or whatever you’d care to call the style that counts R.E.M. among its exponents. (Me, I hear evidence for both arguments.)

I mention all this because I’ve just received the 2CD set Lolita Nation, the latest entry in Omnivore Recordings’ ongoing expanded reissue series of the albums of Game Theory. The band led by the late Scott Miller is one which somehow escaped my notice back in the 1980s. I’ve often wondered why; their music fits (loosely, anyway) into the style bag of stuff I bought, listened to and treasured in my college and post-college days.

There are subtle hints of power pop within the grooves of Lolita Nation, but they’re buried amid all sort of other styles and textures. I’ve seen Lolita Nation described variously as “messy” and “unfocused,” and that strikes me as about right. But it’s important to note that’s not necessarily a knock: Big Star Third is legendary for its, um, texture. And that there’s no discernible stylistic unity to the disparate tracks on Lolita Nation shouldn’t be held against it; what’s the unifying aesthetic of the Beatles‘ self-titled 1968 double LP? (As Paul McCartney likes to say, “It’s the fookin’ White Album!”)

There are infectious hooks aplenty within Lolita Nation, but sometimes you’ve got to dig for them. Sometimes, however, you don’t: “Not Because You Can” has a fetching, memorable guitar figure as its center. But between those moments of pop goodness are tracks that can only be described as idiosyncratic (unkinder souls might prefer the word indulgent). At twenty-two seconds, “Shard” is barely a song, but it does share a vibe with Big Star’s Yoko Ono nick, “Holocaust.” “Go Ahead, You’re Dying To” is a gauzy, bassy piece that doesn’t really go anywhere, but then 37 seconds isn’t enough time to do much. 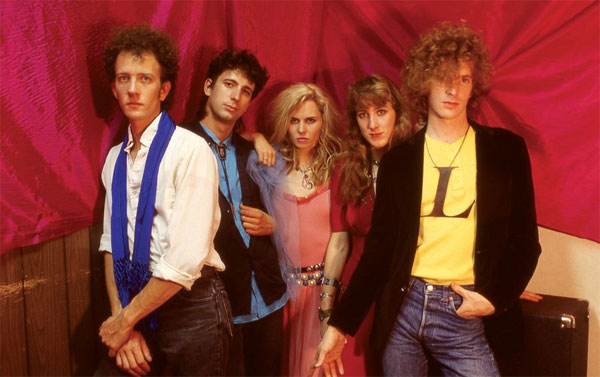 A good argument could be made that Scott Miller simply had more good ideas than could reasonably be expected to fit within the confines of an album. For every foreboding, downright weird track, there’s a chiming, timeless pop tune like “We Love You Carol and Alison.” Lolita Nation‘s sequencing seems to be designed to challenge the listener: “Okay, you liked that? Well, deal with this!”

Those who would have you believe that Lolita Nation is a power pop album might have a hard time explaining away a six-minute-plus tune like “The Waist and the Knees,” as angular and prickly as anything Dream Syndicate or Translator might’ve done. Buzzing, razor-wire guitar lines slash across the melody, and studio tricks like the mid-song drop-outs guarantee to keep Game Theory off any Yellow Pills-type compilations. Guest player Angie Carlson‘s (Let’s Active) manic piano work on “The World’s Easiest Job” will appeal to jazz fans and/or those who appreciated Mike Garson‘s work on David Bowie‘s Aladdin Sane. Others might find it weird at best, intimidating at worst.

Donette Thayer‘s “Look Away” is some great, hard-edged alternapop, but it feels as if it landed on Lolita Nation by mistake; it’s almost wholly out of character with the other tunes on this already stylistically sprawling set. But then there’s “Watch Who You’re Calling Space Garbage Meteor Mouth,” a snippet that’s over quicker than you can speak its title.

The instrumental “Where They Have to Let You In” sounds unfinished, but it’s still a worthy tune. The Beatles in-joke “Turn Me On Dead Man” is, however, more time wasting. But then “Mammoth Gardens” blasts out of the speaker in all its chiming glory. And on “Little Ivory,” Miller and his band come as close as they ever would on Lolita Nation to sounding like producer Mitch Easter‘s band Let’s Active. “Toby Ornette” sounds like a cross between synthpop and prog, played by a rock guitar band. And in the end, that’s really what it is. The album’s 22nd track – I’m not going to waste time typing out its title – is two minutes of tape fiddling foolishness, for fans of “Revolution 9.” It’s either a clever (almost) ending to the album or a poke in the eye to those who’ve hung on until (near) the end. Probably both, come to think of it.

But those who do indeed hang on are rewarded with the wonderful “Choose Between Two Sons,” featuring some very appealing keyboard work from Shelley LaFreniere. Unlike most prominent rock keyboard workouts of that era, it has aged well. “Chardonnay” is a timeless pop tune, and “Last Day That We’re Young” is one of the best tracks on the entire album. But then there’s the album closer, “Together Now, Very Minor,” a strange little (sort-of) syncopated number. And a strange close to a defiantly odd album.

Fans of melody (and restraint) could be forgiven for wishing that Lolita Nation had been pared down to a single LP on its 1987 debut. But instead, here we are: in 2016, Omnivore Recordings – faithful and assured custodians of the ongoing Game Theory catalog reissue project – have released a 2CD expanded version of Lolita Nation, adding a second disc filled with 21 previously unissued tracks drawn from radio sessions, studio outtakes, and alternate mixes.

Even if you didn’t know that truth, after hearing the original Lolita Nation, it would stand to reason that there would be, somewhere, a cache of unused material just waiting for subsequent release. And in large part, that characterizes the second disc of this Omnivore edition. Is it commercial, accessible?

Of course not, but then you suspected it wouldn’t be. But it’s also not any less approachable than the music on the album-proper, so dig in. In fact, some tracks are more musically congenial than their main-album counterparts: the rehearsal demo of “The Waist and the Knees” is less cluttered and muddy, allowing listeners to pick up more easily upon Miller’s wordplay, lyrically mashing up words from well-known tunes by The McCoys and Beach Boys. Clever stuff indeed.

On the downside, considering that Lolita Nation is widely (well, in context) considered Game Theory’s crowning achievement, it’s quite easy to understand why the band never caught on in any real way. Lolita Nation is simply too “difficult.” That said, it’s a deeply rewarding listen, one that – unlike what is generally accepted as power pop – demands much of its listener. I’m hard pressed to think another album that’s at once as far from immediate as imaginable, yet eventually revealing of its riches on repeated spins.

If you only like your so-called power pop straightforward and unfailingly hooky, you’d do well to steer wide and clear of Lolita Nation. If, however, you’re up for an adventure and can approach the music unburdened by preconceptions, then your experience with Game Theory’s Lolita Nation could well be a real treat.

Postscript: Upon editing this review for publication, I couldn’t help but note that it’s more scattershot and rambling than is my typical writing style. On reflection, considering the subject matter, I think that’s entirely apropos. – bk