With a great deal of my time these days spent working on my new book and various artist interviews, I tend to amass a backlog of albums for review. To lessen that backlog, I present ten reviews, each distilled down to its essence. Or at least to 100 words. All of these titles are reissues, archival releases, compilations or otherwise of historical value. They’re also full of splendid music. 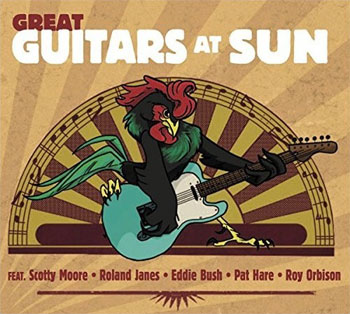 Various Artists – Great Guitars at Sun (Bear Family Productions)
That Sun Records played an incredibly important role in the history of popular music is beyond dispute. But too often in popular lore, Sun’s contribution is limited to its most well-known names: Elvis Presley, Jerry Lee Lewis, Roy Orbison, Johnny Cash and so on. This single-disc, 28-track set – part of an ongoing series – spotlights guitar-centered work in a variety of genres (rockabilly, blues, country) and happily goes beyond the big names to showcase lesser-known artists. And any collection that includes Rufus Thomas (long before he was “America’s oldest teenager™”) singing “Bear Cat” is worth the price of admission. 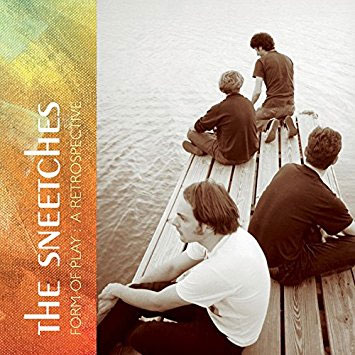 The Sneetches – A Form of Play: A Retrospective (Omnivore Recordings)
Omnivore does important work, rescuing under-appreciated music from the past; the label’s missteps are rare (cough Filet of Soul Redux cough). Somehow 80s powerpop group the Sneetches escaped my notice when they were around. Their sound is equal parts Three O’Clock, Jellyfish (before Jellyfish existed!), Klaatu and the Who. They distilled their influences into something original, and it remains a mystery why they weren’t more commercially successful; possibly it’s because they never landed a deal with a major label. Well, to my mind Omnivore is one, and with the career-spanning A Form of Play, Sneetches have earned their belated due. 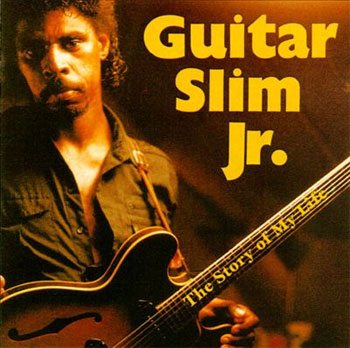 Guitar Slim Jr. – The Story of My Life (Orleans Records)
The son of Eddie “Guitar Slim” Jones (“Thing That I Used to Do”) had a career of his own, as this reissue of a long-forgotten 1988 album demonstrates. The ’80s weren’t generally a good time for the blues; most blues recordings from that decade are dated in a way that detracts from the music. But this album – originally nominated for a 1988 Grammy Award (Best Traditional Blues Recording) showcases Jones Jr.’s facility with the form, and it sounds good. The title track is, as one would expect, autobiographical; it’s good, but other cuts on the disc are even better. 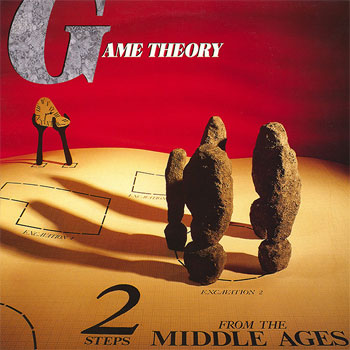 Game Theory – 2 Steps from the Middle Ages (Omnivore Recordings)
Another Omnivore project of note is its ongoing reissue of the entire Game Theory catalog; not counting the new posthumous release Supercalifragile, this represents the final installment. As loving a reissue as is possible, this set is well put-together and features copious bonus tracks and top-notch liner notes. Scott Miller and Game Theory deserved as much. Accessible and far less idiosyncratic than its predecessors, the Mitch Easter-produced 2 Steps is a better entry point for the novitiate than some of the other Game Theory titles. Meanwhile, I’m waiting for Omnivore to continue its work on the Trip Shakespeare catalog … 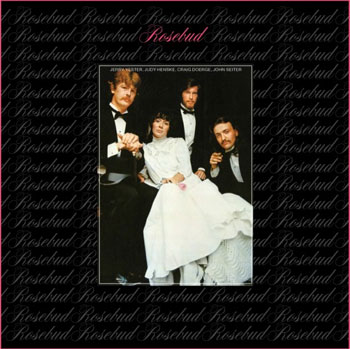 Rosebud – Rosebud (Omnivore Recordings)
Last year, Omnivore succeeded where others had failed, finally managing a reissue of Jerry Yester and Judy Henske’s impossibly rare and truly odd Farewell Aldebaran. Perhaps even less well-known is the follow-up, a self-titled album by a group they called Rosebud. On paper it was a much more mainstream affair, but listening to it now, Rosebud is nearly as delightfully off-kilter as Farewell Aldebaran. Henske is a powerful and dazzlingly versatile vocalist, and with the benefit of a group – and excellent songwriting – she fronts a great album. In places, Rosebud sounds like Jefferson Airplane from an alternate dimension. 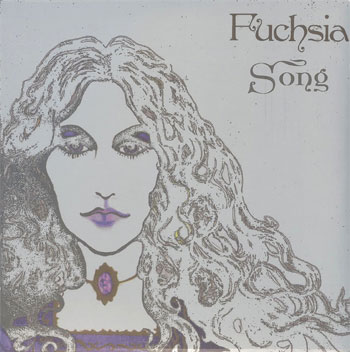 Fucshia – Song (Fruits de Mer Records)
This seven-song sampler – on CD for review but commercially available as pair of 7” records – is a quick survey of the obscure psychedelic rock group from the UK. Fuchsia is sometimes called psych-folk, but some of these tunes (like the early demo “Look at the Sun”) rock, and rock hard. There’s a hazy ambience to these sturdy pop tunes that places them in the mists of history, but they deserve rediscovery. Aficionados of proto-progressive and psych – in that delightfully baroque and inimitable UK style – are strongly encouraged to seek this out and give it a spin. 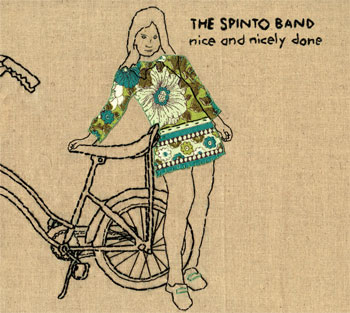 The Spinto Band – Nice and Nicely Done + B-sides and Rarities (Bar None Records)
One band I’ve never “gotten” is Sparks, though goodness knows I’ve tried. I defer to others who sing their praises. But for me, the Spinto Band seems to embody many of the virtues that Sparks fans find in the latter’s music (and that escape my notice). Equal parts quirk and accessibility, cleverness and straightforwardness in impressive quantity. Nice and Nicely Done has all that and more. It’s weird, but not quite too weird. Issued in conjunction is a disc containing a dozen b-sides and rarities from the years before that album’s release. And it’s often as good as the album-proper. 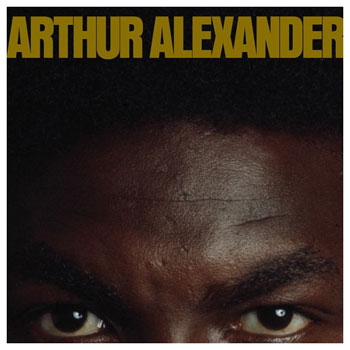 Arthur Alexander – Arthur Alexander (Omnivore Recordings)
The Beatles recorded “Anna (Go to Him).” Lots of other artists covered the songs of Arthur Alexander. But despite the fact that he recorded and released nearly two dozen singles between 1960 and ’77, he made only three albums, released in 1962, 1972 and 1993. This is the second, and while it’s not as strong as a collection of his early singles would be, it’s enjoyable. The CD reissue included a- and b-sides of two singes from the era, plus two previously-unreleased cuts. Also worth seeking out is his third album: I reviewed a CD reissue of it in 2009. 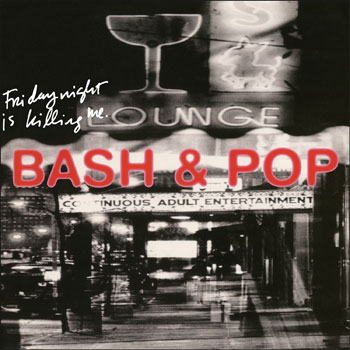 Bash & Pop – Friday Night is Killing Me (Omnivore Recordings)
I actually liked the Replacements’ late-period albums, but a lot of people didn’t. For them, the music Tommy Stinson made after leaving the ‘Mats with his band Bash & Pop does the trick. Listening to it certainly does lead one to wonder just how much credit Paul Westerberg deserves for the Replacements’ sound. Here Stinson was working with (one assumes) a much less drunken bunch of louts than before; beyond the core band, the lineup includes several members of Tom Petty’s Heartbreakers, but it’s not slick. This superb and greatly expanded reissue adds 18 new tracks, nearly all previously unreleased. 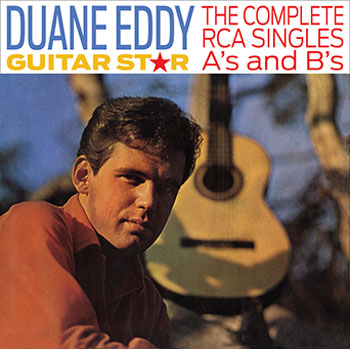 Duane Eddy – Guitar Star: The Complete RCA Singles A’s and B’s (Real Gone Music)
When you think of twangy guitar, you’re thinking of Duane Eddy. His sonorous and expressive fretwork seemed expressly designed to sound good over AM radio waves. This new collection brings together nearly two dozen sides the prolific Eddy cut between 1962 and 1964. True, this kind of music became dated once the Beatles hit American shores, and some of it is indeed impossibly kitschy, but it remains a lot of fun. Purchasers should note two caveats: there is a creeping sameness – the same three notes seemingly show up on every tune – and the vocal tracks are best avoided.