Once again, it’s time for a run of hundred-word reviews. My inbox has been overflowing of late, and even after removing the material that I deem not worth my time (nor yours), I’m left with far too many discs to cover in my customary manner (500-800 word reviews). So herewith are twenty-five –count ’em, twenty-five – brief, to-the-point reviews. The second set of five reviews looks at music from the 1980s: three reissues and two compilations. 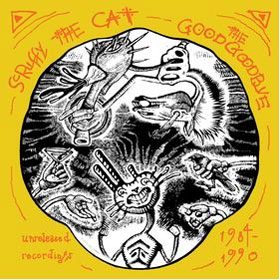 Scruffy the Cat – The Good Goodbye
The music scene of the 1980s featured a handful of inventive, talented acts that bridged the gap between powerpop and what would come to be known as Americana (or “alt.”). The Long Ryders were at the rocking end of that continuum; Scruffy the Cat worked at the gentler, more melodic end. This collection of previously-unreleased material covers sessions that bookended the band’s career: a set of demos and live-in-the-studio material from 1984-5, and an Ardent (Memphis) session from 1989. You’ll either dig the group’s raggedy vocals or you won’t, but there’s no denying that they fit the music. Good stuff. 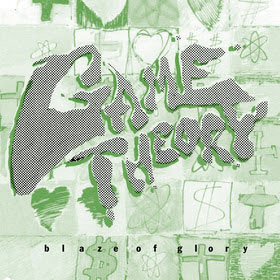 Game Theory – Blaze of Glory
Apparently, I’m not alone in having completely missed Game Theory when they were around. Though the group’s off-kilter brand of 80s powerpop certainly appeals to me now, there’s a modest, aw-shucks feel to most of the songs on the ironically-titled 1982 Blaze of Glory, crossing skinny-tie new wave aesthetics with quirky songs. Their debut album (like most of their subsequent output) has long been out of print; this Omnivore reissue adds a wealth of bonus material and the liner notes feature contributions from former members (leader Scott Miller passed away in 2013). Oh, and they remind me of Let’s Active. 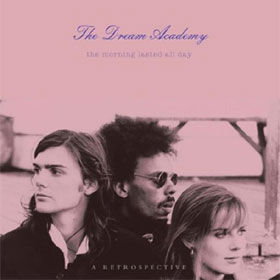 The Dream Academy – The Morning Lasted All Day
Two CDs packed with 24 tracks might seem excessive for a retrospective on a group that scored a total of two hit singles (the lovely “Life in a Northern Town” from 1985, and a 1986 tune you probably don’t recall). They only released three albums. But their shimmering chamber-pop – championed by no less a light than Pink Floyd‘s David Gilmour – has worn quite well. The band’s original raison d’être was to create songs using unconventional (for rock) instrumentation. “The Edge of Forever” may not have charted, but it’s the best thing the band did, arguably superior to “Life.” 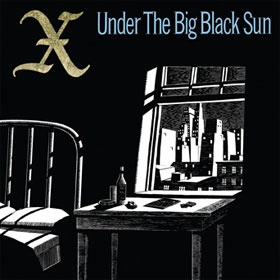 X – Under the Big Black Sun
By 1983, X hadn’t yet achieved a level of success that would translate into record sales. So they signed with Elektra and enlisted the production skills of The Doors‘ keyboardist Ray Manzarek. Manzarek may have seemed an odd choice: he wasn’t known as a producer, and his old band’s sound had little in common with the aesthetic of X. But it worked. Under the Big Black Sun presented the Johnny-and-June-styled vocal harmonies of John Doe and Exene Cervenka, along with the insistent punk drumming of DJ Bonebrake and Billy Zoom‘s wild-eyed rockabilly guitar. This reissue features five bonus tracks. 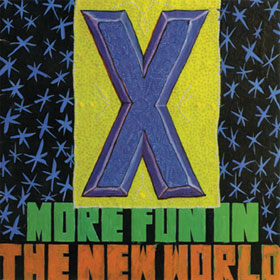 X – More Fun in the New World
By the time (1983) of this, their fourth LP, X had achieved some fame. Again working with Manzarek behind the boards, the band crafted a set of songs that sought to capture the excitement of their live show (the package’s reliance on live concert shots makes that goal more explicit). Overall, More Fun boasts a slightly more polished approach; the drums sound a bit “bigger,” and the whole affair feels a bit more radio-ready. Four demo tracks from the period (in remixed form) are appended to the original album’s thirteen songs. Still essential, as is Under the Big Black Sun.