I can’t point to specific reasons as to why this is the case, but in recent months there has been more than the typical amount of really good music finding its way onto my desk here at Musoscribe World Headquarters. What that means, of course, is that it’s time once again for a clutch of my Hundred-word Reviews. As ever, each of these deserves (a) more in-depth coverage from me and – more importantly – (b) listening by you. Off we go. 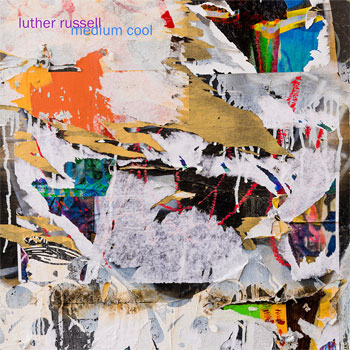 Luther Russell – Medium Cool
Russell first attracted my notice via his collaboration with Jody Stephens, the very Big Star-ish Those Pretty Wrongs. He won me over with a 2CD set of rarities, Selective Memories. This here’s the trifecta: Medium Cool. I don’t mean any knock toward Russell’s originality, but this album answers the question, “What would a third Big Star album have sounded like if they continued in the vein of #1 Record and Radio City?” For some, that’s all you’ll need to know. Chiming, hooky and assuredly well-written songs played and sung with conviction. This disc will surely make my 2019 best-of list. 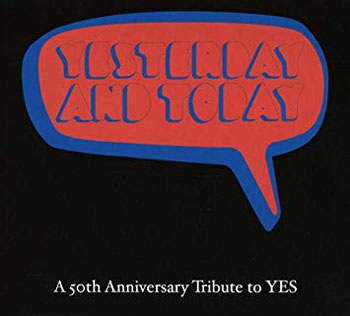 Various Artists – Yesterday and Today: A 50th Anniversary Tribute to Yes
When is a tribute album not a tribute album? Good question. Working closely with guitarist Dave Kerzner, Fernando Perdomo – the peripatetic musician with one foot in power pop and the other in prog – has crafted a tribute of sorts to the progressive rock heroes. But he’s aided in his pursuit by – this is where it gets odd – actual, y’know, members of Yes. Geoff Downes, Billy Sherwood, Tony Kaye and Jon Davison sing and play on the album. Other guests including Francis Dunnery (It Bites), Leslie Hunt (District 97) Marco Minnemann and Nick D’Virgilio (Spock’s Beard). Surveying material old and older, it rocks. 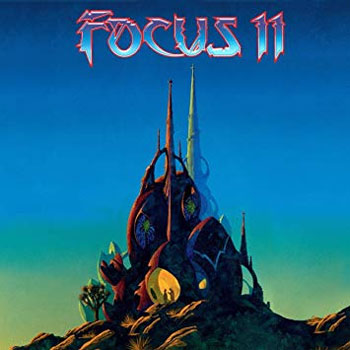 Focus – Focus 11
You remember “Hocus Pocus.” That’s the demented 1971 prog instrumental with the yodeling; yeah, that one. Been a few years, right? So you may be surprised to learn that Dutch group Focus is still going, with key members (including founder/leader Thijs van Leer) still involved. Perhaps more surprising is that as the calendar hustles toward the 50th anniversary of the band’s best-known song, Focus still has plenty to offer. Primarily (though not completely) instrumental, Focus 11 rocks with all the melodic intensity of the group’s best work. Opener “Who’s Calling” exhibits all the qualities that make Focus a thrill ride. 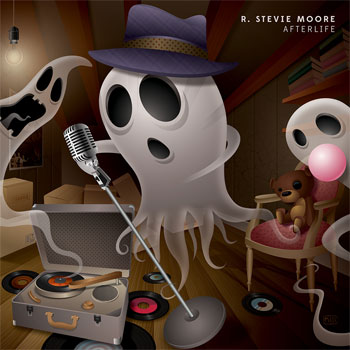 R. Stevie Moore – Afterlife
Oftentimes when an artist cranks out a huge amount of material, quality suffers; just look at Robert Pollard’s body of work: there are gems to be sure, but there’s a significant amount of throwaway material in the GbV catalog as well. Underground DIY hero R. Stevie Moore puts Pollard to shame with his endless stream of output and truth be told, some of it makes for tough going. But when it’s great, it’s truly great. This ace collection features old and new songs, all recorded with high production values and featuring some of RSM’s like-minded collaborators including Jason Falkner. Recommended. 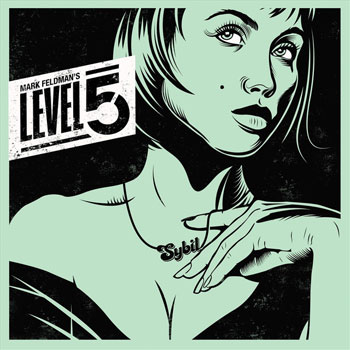 Mark Feldman’s Level5 – The Sybil EP
Imagine an instrumental funk band with the chops to be able to shift seamlessly between a greasy groove and stomping prog-metal – and back again – in the space of a single song. Then imagine that the song has a single-worthy hook that places it perilously close to pop territory. Drummer Feldman assembled this superstar quartet that features guitarist Oz Noy, keyboardist Adam Klipple and in-demand bassist Will Lee (Brecker Brothers, The World’s Most Dangerous Band, etc.). A fun set dinged only slightly for the fact that it features but three songs and has a run time under 20 minutes. 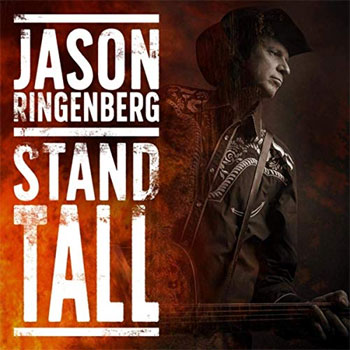 Jason Ringenberg – Stand Tall
You may know Ringenberg through his group, Jason and the Scorchers. Or perhaps you know his children’s music done under the name Farmer Jason. Either way, Ringenberg’s knowing hybrid of musical forms – specifically high lonesome country and rock ‘n’ roll – give him a sound that’s uniquely American. Stand Tall’s instrumental title track is sweepingly cinematic; listen and you’ll see visions of the American west. Boot scootin’ rockers like “Lookin’ Back Blues” show that he still has the Scorchers fire. His lyrics are among his strong suits; “John the Baptist Was a Real Humdinger” will make you a believer. 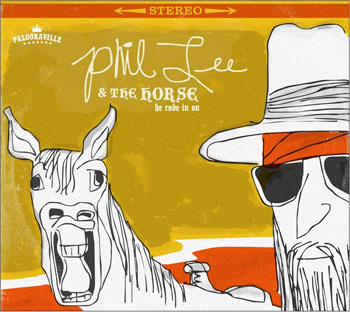 Phil Lee & the Horse He Rode In On
For the clever title alone, Phil Lee’s latest deserves praise. This hoary Americana troubadour doesn’t really need the help of outsiders to make a compelling album, as he proved some years back with his The Fall & Further Decline of the Mighty King of Love. But the horse that helps him out here is none other than Ralph Molina and Billy Talbot. And Barry Goldberg adds his soulful Hammond to the proceedings as well. You’ll hear subtle shades of The Band and (not surprisingly) Neil Young, but ultimately, Lee sounds like nobody but himself. And that’s fine by this listener. 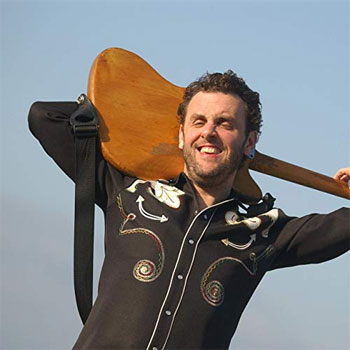 Jim Basnight – Not Changing
I first heard Basnight when I bought Yellow Pills Volume 1: The Best of American Pop way back in 1999. His “Rest Up” was a highlight of a mostly-killer-little-filler power pop collection. I learned then that Basnight had several albums to his credit. But once the 20th century began, I heard little from or about him; I had no idea if he was even still active or if his style would be different. Well, guess what: his new album, Not Changing, answers both questions. Catchy, crunchy singalong midtempo rockers with subtly inventive musicianship and intelligent lyrics are the album’s hallmarks. 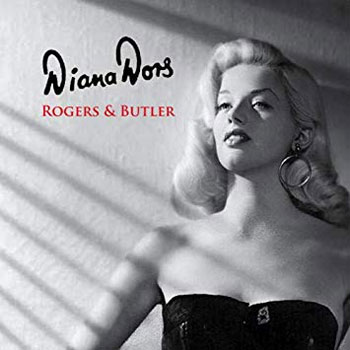 Rogers & Butler – Diana Dors EP
I like Edward Rogers’ 2016 album Glass Marbles; to my ears it sounds like a cross between Ian Hunter and Ray Davies; one can hardly top those sorts of influences. Working with multi-instrumentalist Stephen Butler, Rogers returns with a shimmering, amazingly heartfelt EP. Four songs means that listeners will be nearly simultaneously won over and left hungry for more. But quality trumps quantity every time. Rogers takes the lead vocal on two; Butler sings the other two. Their vocals complement each other on this set of muscular yet supremely tuneful, timeless pop. Bonus points for the involvement of Dennis Diken. 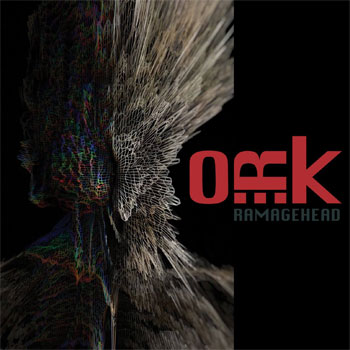 O.R.k. – Ramagehead
Fans of Porcupine Tree eventually had to come to terms with the fact that the superb progressive group was finished for good. Happily, Steven Wilson has continued his prodigious and high-quality output. He shares that characteristic with his former bandmate, bassist Colin Edwin. His work traverses prog, ambient and other forms, but O.R.k. ranks among his most accessible. It just so happens that “Kneel to Nothing” sounds a bit – but not too much – like Fear of a Blank Planet‘s “Sleep Together.” One of the best drummers in the business – Pat Mastelotto – is all over these tracks.