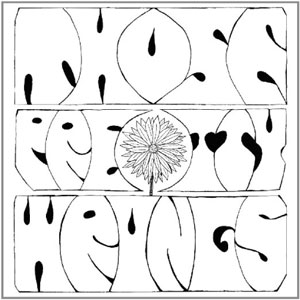 File next to: Starling Electric; Teenage Fanclub, The Posies

Jody Stephens was the George Harrison of legendary Memphis power pop group Big Star: though these days Chris Bell and Alex Chilton get the lion’s share of credit for the transcendent melodies they served up on #1 Record and Radio City, Stephens’ contributions are too often overlooked. He’s raised his profile via his involvement with the ongoing Big Star 3rd project, but Stephens’ new collaborative effort with Luther Russell should earn him well-deserved recognition for his current work. “Ordinary” sounds incredibly like a great lost cut off one of those first two Big Star records. “Empty City” is informed by The Beach Boys‘ Pet Sounds. Stephens’ achingly vulnerable voice conveys bucket loads of emotion, and the jangle quotient is delightfully high throughout the album. Those Pretty Wrongs delivers winsome and tuneful pop of the highest order.