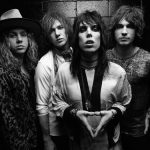 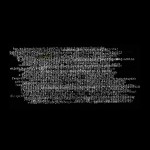 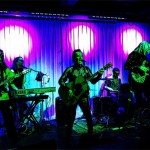 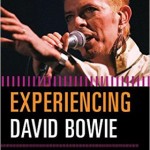 A few years back, Book publishers Rowman & Littlefield initiated an intriguing series. Each book in that series – each with its own author – would explore a particular slice of music, be it a genre (say, jazz) or artist (Led Zeppelin, for example). The author would endeavor to provide the reader with a new
Read More
Power pop is a term that can be taken to mean a lot of different things. For me it almost always means fun and appealing music. Here are five examples, each reviewed in brief. The Shoe Birds – Southern Gothic During my recent conversation with him, Drivin’ n’ Cryin‘s Kevn Kinney threw out a phrase
Read More
Over the last nine business days, I’ve surveyed 45 albums of new, reissued, and/or archival music from a wide array of artists in jazz, prog, soul, rock and other genres. Each review has been exactly 100 words. Today I wrap up that series of capsule reviews with a quick look at five video releases. Jack
Read More
Today, it’s five more capsule reviews. It’s great stuff all, dating from the 1970s. Stories – Stories Untold: The Very Best of Stories The, um, story of Stories in inextricably tied up with that of the Left Banke (“Walk Away Renee”). The music on this set from Real Gone Music draws not only for the
Read More
I’ve just stumbled upon what sounds like the greatest album Sweet ever made. The thing is, most of the tunes on Our Revolution have gone unreleased – or have been available only on one-off, Europe-only 45rpm singles – since 1974. Oh, and one more thing: none of the guys that gave the world “Little Willy,”
Read More
On the occasion of its 2014 reissue on Hybrid SACD, Alice Cooper’s Billion Dollar Babies is due for a critical second-look. Originally released in 1973, Billion Dollar Babies was Cooper’s sixth LP, and the second-to-last to feature the original band. Though by the time of Babies, ace session guitarists Steve Hunter and Dick Wagner were
Read More
The 45rpm vinyl format isn’t dead. In fact, I see more of those little seven-inchers in my mailbox these days than I did even a couple of years ago. Here I take a look at four recent submissions. None is at all musically like the others, and seven out of the eight songs are highly
Read More