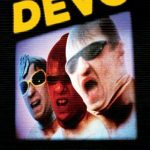 Beginning in the 1970s, DEVO established themselves as among the most effective artists using using the creative tool of video in the musical idiom. Contrasting starkly with the the myth-making and glamor of most other music videos, the work of DEVO is deeply unsettling and provocative. Twenty DEVO music video clips (plus some relevant extras)
Read More
One of the less appealing qualities of music culture –both in rock and jazz, at least – is a tendency toward romanticizing certain fallen characters. While there’s no denying the massive contributions of such figures as Jim Morrison and Elvis Presley, in death they have assumed oversize reputations that their lives and musical output don’t
Read More
With 1/1/15 mere days away, it’s time for Musoscribe’s annual best-of lists. These are – of course — wholly subjective, and reflect my tastes and interests. I viewed quite a few music-related DVDs this year, and while quite a few were excellent (and none truly awful), four stood out. As it happens, all four concern
Read More
There are antiheroes, and there are antiheroes. One supposes that Jerry McGill is one. He certainly possesses a primary prerequisite: a worldview that measures everyone and everything though the whatt’s-in-it-for-me lens. I’m hesitant to throw around the terms narcissist and sociopath, but if you have a working knowledge of how those labels apply to a
Read More
I know people who argue that – as a creative work – the music documentary is dead. They point out that the medium has become a rote retreading of tired techniques; that every possible clever, creative or even interesting method of telling a story onscreen has been beaten to death, leaving only the shell of
Read More
In 2012, Jethro Tull leader Ian Anderson mounted a tour to promote his latest solo album, Thick As a Brick 2: What Ever Happened to Gerald Bostock? The tour and album both represented a high point in the recent musical activity of the ever-busy Anderson. I saw the Asheville date of that tour in my
Read More
I approached this DVD with more than a bit of trepidation: would the filmmakers attempt to bestow great and weighty cultural importance upon the music video format? Or would they take a History Channel sort of approach to it, adding melodrama where little actually existed? I was delightfully surprised when I viewed Money for Nothing:
Read More
Here’s a slightly unusual candidate for reissue: Eric Clapton‘s 1992 Unplugged album. To my knowledge, this massively commercially successful album has never gone out of print, which begs the question: why reissue it? To be fair, this 2014 reissue does include some bonus material. But first, let’s take a look at the original album. Filmed
Read More
In pop culture, certain truths evolve into long-running inside jokes. For example, if you booked Sly Stone for a gig, you could count on him (a) not showing up, (b) showing up right around the time the gig is supposed to end, or (c) walking out the stage door mid-act to “take a pee” and
Read More
An authentic blues album is a rare thing in 2014. Maybe it’s a function of modern recording techniques; I don’t know the reason. But most attempts at capturing the blues in the context of a recording session end up feeling and sounding sterile and lifeless, rote and unimaginative. The good news is that the current
Read More