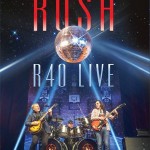 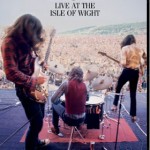 One could say that The Beatles did it first, and thus set the tone and standard for future official biographies. Their Anthology documentary series afforded them the opportunity to tell their story the way they wanted: they could put in what they wanted in, and leave out what they didn’t care to discuss. Creative control
Read More
Over the last nine business days, I’ve surveyed 45 albums of new, reissued, and/or archival music from a wide array of artists in jazz, prog, soul, rock and other genres. Each review has been exactly 100 words. Today I wrap up that series of capsule reviews with a quick look at five video releases. Jack
Read More

Several years back, Todd Rundgren took a proactive approach to the myriad live recordings that exist documenting his long and varied career. A true renaissance man who engenders fierce loyalty in his fan base, Rundgren may still be a “cult artist,” but he’s one of the most well-documented ones. For many years (during the tape-
Read More
Marc Ribot (Again) The second day of Big Ears 2014 kicked off with a most unusual event: Marc Ribot seated in total darkness, armed with only a classical acoustic guitar. Above him on the Bijou stage was a projection screen, upon which was shown Charlie Chaplin‘s 1921 silent film, The Kid. Ribot’s charge was to
Read More
Three more capsule reviews of new-to-you live albums, continuing from yesterday’s blog entry. The Modern Jazz Quartet – Lost Tapes: Germany 1956-1958 Where modern jazz is concerned, taste and restraint need not be synonymous. And there’s no better exemplar of the first without the second than The Modern Jazz Quartet. Throughout its forty-plus year history,
Read More
I’ve been finding a lot of CDs in my inbox of late: discs that contain neither new music nor reissues; instead they’re new releases of previously-unissued material. Many of these are live concerts, the sort of thing that hardcore collectors like myself used to trade on the underground means. But these official releases come with
Read More