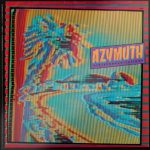 Todd Rundgren has long been known for being, as the expression goes, ahead of the curve. His experiments, forays, and even innovations in computer and video technology are well-documented. The same holds true for his pioneering work with artist-to-peer networks, the too-ahead-of-its-time PatroNet service of the mid 1990s. And of course Rundgren has always been
Read More