Imaginos has a tortured history. The eleventh studio album released by Blue Öyster Cult (they had by this time released no less than three live albums), Imaginos was comprised of material that had been around for quite some time. Way back in the 1960s when most of the band were together in an outfit called
Read More
When it comes to James Marshall Hendrix, there are any number of “fun facts,” little tidbits of trivia that may or may not add to one’s understanding of the man and his music. For example: before he became famous, he played the chitlin’ circuit. He was part of the early 60s r&b/rock scene in the
Read More
In the very late 1970s – or perhaps it was the very early 80s; after so many years, I’m not entirely sure – I picked up a used copy of Lillian Roxon’s Rock Encyclopedia. I was (and remain) a voracious consumer of that kind of thing; not long after I became a rock fan, I
Read More
Say what you will about The Grateful Dead – heaven knows I’ve been harshly critical of them, and stand by every one of my written remarks – even at their worst, they possesses an undeniable charm. And no matter what era of the band one focuses upon, there’s always something there to recommend. But then
Read More 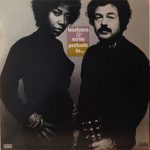 I truly admire the people at Real Gone Music. They continue to unearth music from ages ago that is in some cases long-cherished. In other cases it’s long-forgotten but worthwhile. And in yet other cases, the music never got much of a hearing to begin with; you can’t forget what you never knew. And it’s
Read More
Freddie King was a big man with a big guitar sound. An important figure in the history of blues, he’s also one of the most accessible artists in the genre; his influence upon rock artists has been such that when rock-tuned ears hear him, it feels right, familiar somehow. His good-timing approach owed a lot
Read More
The venerable Blue Note label has long been a trademark of quality; even if you’re not familiar with the artist or the recorded work, chances are that if it came out on Blue Note, it’s at least worth checking out. And that’s true for the pair of confusingly- and similarly-named albums released in the early
Read More
“Wooly Bully!” Yes, if you remember pop music of the 1960s – fondly or otherwise – you will recall this garage rockin’ classic. With its wheezing Farfisa organ lines, manic-and-stomping delivery, the biggest hit for Sam “The Sham” and the Pharaohs was all over the radio (#2 on the charts in June 1965). The novelty
Read More
Some jazz purists might look down their noses and sniff at the style known as soul jazz. And wile I don’t share their point of view, I understand where they’re coming from. Often as not, soul jazz is (or was, during its late 60s -to-early 70s heyday) a case of ace jazz cats making music
Read More
I had my initial doubts about this one, and with good reason. Among music fans, Rick Wakeman is a polarizing figure. One either loves his work or despises it. For those in the former camp, his keyboard playing, composing and arranging show a deft, assured and endlessly creative master. Both as a highly in-demand sessioner
Read More