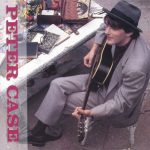 Listeners who had been following the work of Peter Case may have been confused – frustrated, even – upon first hearing his self-titled 1986 debut album. The work he had done up to that point was highly appealing, sure-footed power pop and/or indie rock (though the latter term wasn’t in use back then). As one-third
Read More
Once again, it’s time for a run of hundred-word reviews. My inbox has been overflowing of late, and even after removing the material that I deem not worth my time (nor yours), I’m left with far too many discs to cover in my customary manner (500-800 word reviews). So herewith are twenty-five –count ’em, twenty-five
Read More
If you happened upon a spin of I Got More Soul!, the new album from Bobby Patterson, you could be forgiven for thinking he’s the latest in young new recording artists playing an authentic 21st century brand of classic southern soul. Patterson name-checks Johnnie Taylor, BB King and other soul/blues/r&b giants in the title track,
Read More
This week, I’m quite busy attending Moogfest 2014 here in Asheville NC, the adopted of hometown of both myself and the late Dr. R.A. Moog, for whom the five day event is named. I hope and plan to bring extensive coverage to this blog very soon. In the meantime, here are some shorter-than-usual reviews. Please
Read More 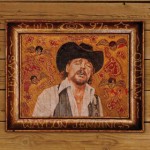 The argument is often put forth – and not wholly without merit – that modern commercial country and western is an extension of rock music. The thinking goes that today’s c&w superstars craft songs that have much in common musically with “classic rock,” and that what they do to change it has more to do
Read More
It’s pointless (not to mention plain wrong) to argue against the assertion that the “unplugged” concept had played itself out by the middle of the 1990s. But the format – originally devised (with others) by Jules Shear – was itself a good one: stripped-down, intimate live performances of rock songs. That concept was oft-abused and
Read More
When endeavoring to judge the merits of a soundtrack album, there’s always the quandary of what measure to use. Should one judge it on the merits, strictly as a thematic collection of songs? Or measure it as an audio companion to the film? With regard to CBGB: Original Motion Picture Soundtrack, I’m going with the
Read More
The whole so-called “paisley underground” scene happened during my college years. Like many of my generation, I had expanded my listening experiences beyond classic rock into what would eventually be known as “college rock.” And through my experience working in a record store, I was exposed to even more then-current music, much of it –
Read More