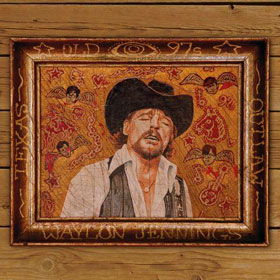 The argument is often put forth – and not wholly without merit – that modern commercial country and western is an extension of rock music. The thinking goes that today’s c&w superstars craft songs that have much in common musically with “classic rock,” and that what they do to change it has more to do with lyrical subject matter and (real or affected) regionally accented vocals.

And while that may be true, those c&w acts aren’t exactly fishing in the deep end of the pond; record sales aside, The Eagles are few critics’ idea of an artistically valid musical aggregation. And while some might not have an affinity for more modern rock sounds (a la Nirvana and even newer groups), at least those artists were/are trying – if only fitfully – to do something new. No old wine in new skins for them. Modern country, in contrast, tends to serve up the same lite pilsner, album after album. The country scene is a narrow one, leaving no room for artists like Junior Brown (with his cross pollination of the styles of Ernest Tubb and Jimi Hendrix; hybrids such as his serve only to confuse modern pop-country tastes).

It need not be so. There have been a few successful hybridizations of country and rock. The Byrds‘ later-period output is the most celebrated example. Even the work of Tom Petty draws from the quality parts of both styles. And said styles share common roots, so it makes sense that finding the commonalty shouldn’t be impossible. Outlaw country, for example, arguably has more in common with Led Zeppelin than it does with, say, Blake Shelton.

One of the most successful exponents of the country/rock hybrid in modern times has (and remains) Old 97’s. Sporting songcraft that falls firmly into the outlaw/honkytonk subgenres, Old 97’s couch their melodies in arrangements that owe more to powerpop than anything one might hear on country radio. And thus they can serve as a gateway drug for the rock fan who’s interested in exploring country music.

A new EP collects a handful of early Old 97’s rarities including some previously-unreleased cuts in which they back a master of outlaw country. Old 97s & Waylon Jennings features a pair of finished tunes – “Iron Road” and “The Other Side” with Waylon Jennings on lead vocal, plus four band demos from 1996.

By ’96, the band had released their first two albums – Hitchhike to Rhome (1994) and 1995’s Wreck Your Life, both of which were highly regarded among the cognoscenti, and neither of which set the charts alight.

That happened after Old 97’s signed with Elektra and released 1997’s superb Too Far to Care. But one suspects that the four demos cut a year earlier helped seal the deal with Elektra. The spare tunes mostly feature Rhett Miller on lead vocals, and often include little beyond vocal and acoustic guitar, but the bare bones delivery serves to highlight the quality of the songs themselves.

And working with Jennings – a dream pairing the band pursued on a whim – yielded the pair of songs cut late that same year. The fire is there, with Old 97’s stinging yet twangy lead guitars duetting with Jennings, who spins out a tale of life on the railroad. Phillip Peeples‘ shuffling drum work in particular conjures the vibe of the rails.

It’s tantalizing to think what might have become had the band gone on to cut an entire album’s worth of material with Jennings. Despite the pleadings of its title, Jennings’ then-current album Right for the Time failed to chart, and is considered a middling, unadventurous effort at best. But his final album Closing in on the Fire (a big “wow” on the alternately and ironic and prophetic nature of his album titles!) cast a wider stylistic net and fared much better with fans and critics alike; one wonders if Jennings’ experience with the young Old 97’s upstarts from Dallas influenced his approach on what turned out to be his final release.

We’ll never know, but this pair of tunes represents a worthwhile and interesting addition to the bodies of work of both Jennings and Old 97s.