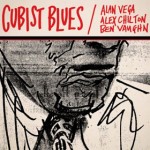 File next to: Tav Falco and Panther Burns, Suicide, Jesus and Mary Chain One of the more unlikely musical summits in recorded history, this one-off album was made in two days in December 1994 and is finally back in print. All three participants brought the baggage of their individual reputations: Big Star refugee Alex Chilton
Read More
Continued from Part One… As Jon Auer pointed out in metaphor form during our conversation, speaking of Big Star in a slightly different context, “You can write the greatest letter in the world to someone, but if the postman loses it, or doesn’t deliver it, and no one ever gets it, no one’s gonna know
Read More
The story of Big Star – a band once so obscure, only critics, musicians and a small handful of in-the-know fans even knew of their brief existence – has now passed into popular culture. I’ve always considered myself a hardcore fan of their general style of music: back in the early- to mid-1970s, I was
Read More
Bootlegs or ROIOs* or fan recordings: however one wishes to label them, they play an often important and unappreciated part in documenting musical history. As Clinton Heylin explains in his excellent 1994 book Bootleg: The Secret History of the Other Recording Industry, surreptitious and/or unauthorized fan recordings have been responsible for capturing otherwise unheard performances
Read More
On paper, it reads like textbook case in how not to succeed, how not to make a mark in musical history: release your debut on a label rife with distribution problems; have one of your two main songwriters leave before the second album is done; record a gauzy, downbeat and decidedly noncommercial third album with
Read More