We Get What We Deserve: Big Star — Live on WLIR 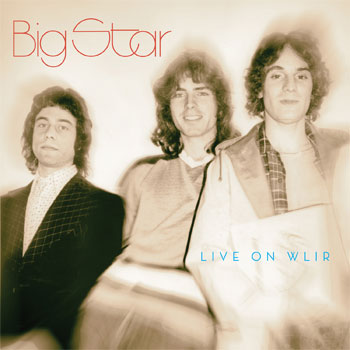 As the shopworn saying goes – it has been applied to other acts as well – Big Star was a group that sold very few records during its original existence, but nearly everyone who bought it went on to a career in music themselves. The Memphis group was originally led by Alex Chilton (who had found early fame as lead singer of the Box Tops) and Chris Bell; both were massively talented songwriters with idiosyncratic approaches to making their own brand of pop music. Drummer Jody Stephens was (and remains) a wonderfully expressive drummer who exuded both power and subtlety. Original bassist Andy Hummel may not have shone as brightly as his band mates, but he did write a stone classic, “Way Out West,” sung in breathtakingly vulnerable fashion by Stephens.

The band’s story has been told elsewhere; those who have somehow missed the saga of Big Star are advised to screen the band’s belated biopic, Nothing Can Hurt Me, and to spend time with the group’s two or three (depending on how one counts) original albums, #1 Record, Radio City and Third.

Other than earning attention from some of the era’s hippest music journalists, Big Star was roundly ignored during its original run. The fact that #1 Record and Radio City were released on a Stax subsidiary just as that label was going down the tubes didn’t help matters; even if one had known about and wanted those records in the mid 1970s, finding them would have been difficult.

And the group lost members as it went along. The famously volatile Chilton clashed with Bell, who departed not long after sessions for Radio City began. After the second record was stillborn in the marketplace, Hummel departed as well. Eventually Chilton and Stephens – joined by an array of friends – made another record, released several years later. The question of whether or not Third is or isn’t a “real” Big Star album will likely be debated among hardcore fans for years to come. Far less accessible than the first two albums, it’s arguably the most influential of the three. (The music world can be funny like that.)

Somewhat bizarrely for a band that couldn’t get noticed when it was a going proposition, Big Star would enjoy a massive resurgence decades after the band ceased operations. Chilton’s solo career seemed as much as anything an attempt to get away from the signature style of his Big Star-era music (and his time in Big Star held a similar relationship to his Box Tops-era work). But reissues gained notice, and by the 1990s, intrepid music industry types began digging into the archives in hope of finding more from the band that released less than two hours of music during its original run.

Remarkably, they found a lot. Since the ‘90s there has been a stream – in fits and starts – of archival Big Star material released. The most notable among these have included Nobody Can Dance, a collection of a radio rehearsal (more on that in a moment) and a May 1975 set at Memphis’s Overton Park Shell; the soundtrack to Nothing Can Hurt Me; a sprawling 4CD set, Keep an Eye on the Sky, and Complete Third, three discs worth of material from the Chilton/Stephens/others sessions. There was and certainly remains some significant overlaps between the many releases; add to those a grey-market release (South West) capturing a 1975 radio broadcast, and a passel of bootleg recordings. We won’t even get into the revived Big Star (with its live and studio releases) nor the Big Star tribute project, with a 2017 CD+DVD release. Suffice to say that the band’s legacy is now supported by a wealth of material.

But the first release in that long line of archival material was released in 1992 on Rykodisc. A radio broadcast on New York City’s FM station WLIR captured the group in the period after Radio City but before Third, a time when Big Star was a trio: Chilton on guitar and vocals, Stephens on drums and vocals, and bassist John Lightman. (On a personal note, Ryko’s Big Star Live was my first-ever CD purchase.)

That disc filled in a gap for latter-day Big Star fans at a time when exactly zero live recordings of the group were in circulation (save some dodgy-sounding bootlegs). Of course it eventually went out of print, but used copies can still be found for $5 to $10 in the used CD marketplace. Big Star Live’s set list was a kind of greatest-hits collection for a group that had no hits, plus an oddball cover that would have provided mid-‘70s radio listeners a clue to Chilton’s subsequent musical direction.

Now in 2019, Omnivore Recordings – the go-to label for most all things Big Star these days – has freshened up the WLIR tapes and released a new reissue of the material called Live on WLIR. The new release boasts improved sound; unlike the ‘92 disc, Live on WLIR benefits from 21st century remastering technology.

In front of a small yet appreciative studio audience, the band opens with “September Gurls.” There’s an echo-y effect on Chilton’s lead vocal, but the band is tight, and Lightman’s active bass line makes up for the lack of a second guitar. Stephens’ drumming is interesting enough to be enjoyed all on its own. Chilton’s lead-and-rhythm playing takes a page from the Pete Townshend playbook. Big Star were rarely hard rock, but this lineup nonetheless proves itself to be a power trio.

“Way Out West” showcases Stephens taking the lead vocal while still holding the drumming together, no easy task. The interplay between Chilton and Lightman is impressive, and even though the recording suffers from distortion, that quality actually adds to the fragile nature of the song.

Chilton introduces “Mod Lang” by explaining its title. His lead vocal is somewhat buried under the crunchy, distortion-laden guitar, and the performance is a bit loose-limbed. But the energy comes through; and the reading feels real and heartfelt as Chilton yelps and sings.

The original version of “Don’t Lie to Me” (on #1 Record) featured Chris Bell on lead vocals. With the singer-songwriter-guitarist gone from the band, Chilton takes the lead here. His nervy vocal gives the song a more impassioned and (that word again) vulnerable feel that arguably suits the lyric even better. Chilton’s lead playing shows off a sometimes underappreciated side of his talents.

Chilton deadpans that “O My Soul” is the group’s “religious number.” His wonderfully idiosyncratic guitar work is the song’s highlight. The studio version’s Mellotron is missed here – the song sounds a bit thin in spots – but the three musicians make up for the instrumental absences by playing in the busiest manner practical. 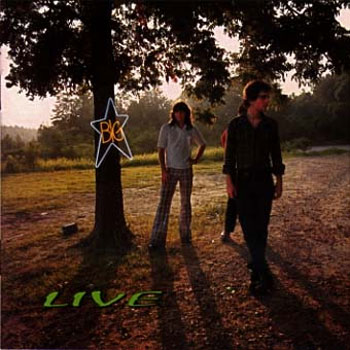 Ryko’s 1992 release of the WLIR tapes

Disc jockey Jim Cameron spends nearly three minutes in conversation with Chilton for introductions and an interview. Chilton responds to Cameron’s comment on the critical success of then-current Radio City by languidly retorting, “Yeah, that’s nice. Hope it sells. We’ve had critical acclaim before.” He refers to his Box Tops days as “pretty scummy … I dunno … about as scummy as now.” He seems largely disinterested in engaging in conversation, going so far as to start strumming his guitar during an answer to one of Cameron’s questions.

With the interview out of the way, Chilton gets back to the music. Stephens and Lightman sit out for a few numbers while Chilton sings and plays an acoustic guitar. The first three songs are now recognized as Big Star classics: the anthemic “The Ballad of El Goodo,” and two near-perfect evocations of young teenage love, “Thirteen” and the frustratingly (but appropriately) brief “I’m in Love With a Girl.” All are subtly rendered, and Chilton’s vocals are way out front. The audience’s enthusiasm is clear.

Chilton’s final acoustic number is an unsettling reading of Loudon Wainwright III’s “Motel Blues.” The WLIR in-studio audience would have had no idea about the haunting, haunted music Chilton and Stephens would soon make for Third, but in retrospect, “Motel Blues” was a hint.

The band returns, kicking off with what Chilton introduces as “an electric, raucous one.” On its studio version, “In the Street” was another Bell vocal number; in subsequent years (and a half decade after the first release of these WLIR tapes) “In the Street” would be used as the theme song for That ‘70s Show, performed by Cheap Trick. The immortal crunchy riff of the song contrasts nicely with Chilton’s yelpy vocal, and his characteristically complex guitar work adds more interest than is typical of a straight-ahead proto-power pop song.

Chilton expresses surprise at having actually heard a Big Star song on the radio. The trio’s reading of “You Get What You Deserve” is not as tightly played and sung as the other songs in the set; Chilton fills in the spaces with impassioned and distorted playing.

One of the strangest songs in the slim Big Star catalog, Chilton’s enigmatic “Daisy Glaze” benefits from the stripped-down trio presentation. Beginning slowly – and again providing a kind of preview of Third’s character – the song eventually shifts gears from romance to rage.

The classic “Back of a Car” sounds very much like its studio counterpart. The band sounds a bit tired, but all three musicians seem intent on delivering the best performance possible as they close in on the final song. After telling the audience, “That’s all, folks,” Chilton agrees to play one more. Calling the bassist “Johnny Lightning,” he asks for a vocal mic to be brought to Lightman.

“She’s a Mover” is somewhat shambolic – intentionally so – in its studio version, and the WLIR performance builds upon that aesthetic. The band plays hard, a bit sloppy, and impassioned. Chilton shouts as much as he sings. He yelps with delight during the instrumental passages. The three musicians spend whatever energy they have remaining as the song (and the set) careens toward an end.

The 2019 Omnivore release features a new essay from Memphis author and music journalist Robert Gordon (he wrote the Ryko liner notes, too) and an enlightening interview with John Lightman. For Big Star fans who already own the 1992 Rykodisc release, those alone make Live on WLIR worth a purchase.

For everyone else, and with the surfeit of Big Star albums now available, it’s reasonable to wonder which are essential. For those not prepared to collect every extant release, the three 1970s albums of course are must-purchase items. After those, Live on WLIR is recommended as the next logical purchase; it helps to round out one’s understanding of the band, and quite possibly whet one’s appetite for the rest of the material.