More hundred-word reviews. If you’ve wandered in here before, you know the drill: they’re all worthwhile and deserve deeper coverage. These ten are all archival, reissue or compilation releases. 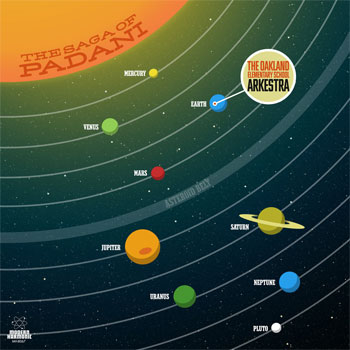 Oakland Elementary School Arkestra – The Saga of Padani
Let’s begin by acknowledging that this disc isn’t for all tastes. Imagine the Residents meeting Sun Ra, and setting their kids or grandkids loose on their musical gear. Nearly three dozen tracks – all covers of Sun Ra material – tackled in a kind of Orff Ensemble manner is what you’ll find here. Recorded in the 1990s, the fidelity’s fine, and the guest musicians (Marshall Allen and Terry Riley, to name two) are impressive. But way-weird. The liner notes recognize that: “While some may find the microtonal intonation of the instrumentalists grating, others may hear music from a parallel dimension.” 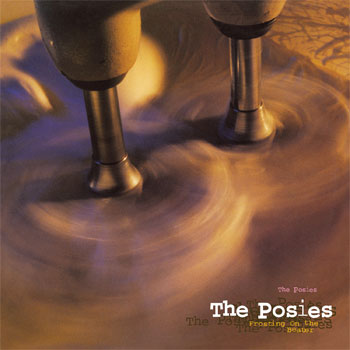 The Posies – Frosting on the Beater
Originally issued in 1993, this album is the one in which the Posies went the big-guitar route. With Don Fleming’s sharp production, the songs on Frosting on the Beater have the sonic heft that was required for radio play in those days. The best songs here (“Dream All Day,” “Flavor of the Month,” “20 Questions”) are (or should be) classics, and represent some of the band’s best work. Fans of their earlier, more nuanced material may find it a bit too rocking, but it’s still all quite good. Loads of bonus tracks are included on this reissue, 13 previously unheard. 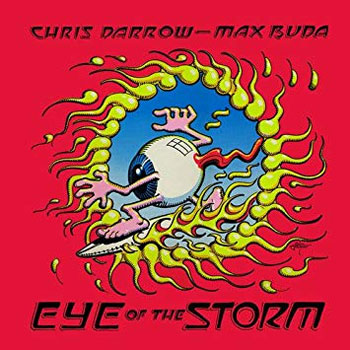 Chris Darrow & Max Buda – Eye of the Storm
Darrow and Buda were, with David Lindley, one of the prime movers in Kaleidoscope, one of the late 1960s’ most groundbreaking, adventurous and (of course) underappreciated groups. Camper Van Beethoven owe a massive debt to them for their eclectic sonic approach. This album was recorded in 1981, but – like Kaleidoscope – sound out of time. The myriad musical styles that informed their earlier work are here as well on these ten instrumental tunes. At times the duo and their musical associates sound like a cross between Papa John Creach and Steely Dan. In total. equal parts idiosyncrasy and tunefulness. 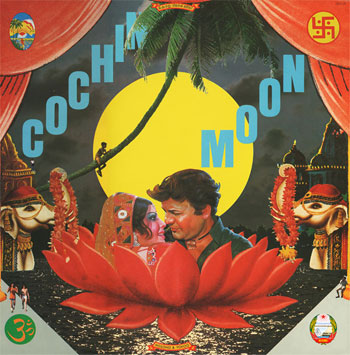 Haruomi Hosono – Cochin Moon
Hosono is a prolific Japanese composer and musician; his body of work is far too eclectic to fit into any one genre. A raft of his music from the 1970s and ‘80s – five albums, in fact – has received Western release for the first time ever thanks to Light in the Attic. But where to start? 1978’s Cochin Moon combines synthesizers, disco beats, Bollywood textures (it’s the soundtrack to a nonexistent film) and more. As such, it’s perhaps the entry point for newcomers. Your next stop should be Philharmony; that 1982 record is a showcase of then-current synthesizer technology. 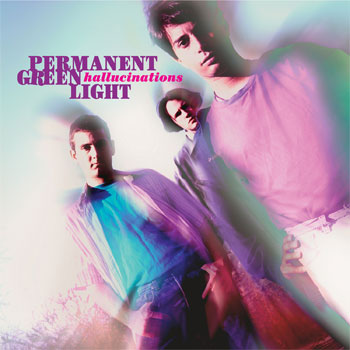 Permanent Green Light – Hallucinations
The so-called Paisley Underground scene of the 1980s shone a light on some fine bands; the Three O’Clock was one of them. But for some, the band’s instrumental style coupled with Michael Quercio’s vocal style was a bit too twee. After that band folded, Quercio joined Scott Miller’s Game Theory, and then he went on to form this group. At its best, Permanent Green Light rocked much harder. Quercio’s songwriting was always stellar, and here he’s joined by guitarist Matt Devine, an impressive songwriter himself. This new set draws from the band’s two albums, adding a few previously unreleased cuts. 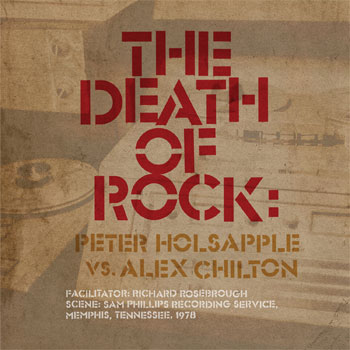 Peter Holsapple vs. Alex Chilton – The Death of Rock
If I told you that there’s a newly-unearthed recording from the late 1970s featuring Alex Chilton, you’d likely think two things: (1) “Wow” and (2) “Uh-oh.” Chilton was famously dissolute in those days. But don’t worry (much) because these tapes prominently feature Peter Holsapple of the dB’s. Recorded in Memphis with the assistance of Richard Rosebrough (see also: Chilton’s delightfully shambolic Bach’s Bottom), The Death of Rock channels Chilton’s muse toward Holsapple’s always superb songwriting. This is truly a great lost gem, simply essential for Holsapple and/or Chilton fans (it’s hard to imagine someone liking one but not the other). 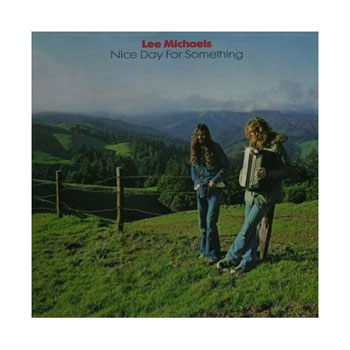 Lee Michaels – Nice Day for Something
Michaels is best-known for his organ/drums/vocal approach, showcased on the 1971 hit “Do You Know What I Mean.” With drummer Frosty, he created a wonderful string of albums (sometimes aided by ace guitarist Drake Levin, formerly of Paul Revere and the Raiders). Manifesto reissued all of Michaels’ A&M era albums in a 2015 box set; his two Columbia LPs remained out of print until now. The better of the two is 1973’s Nice Day for Something; it has all the hallmarks of Michaels’ earlier material. But Tailface is quite good as well, and features Frosty’s return. Track ‘em both down. 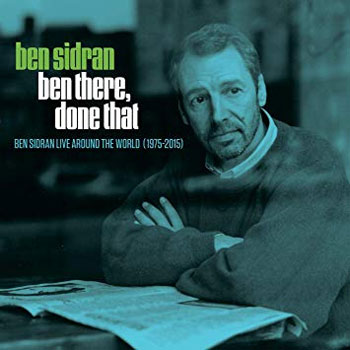 Ben Sidran – Ben There, Done That
Subtitled Ben Sidran Around the world (1975-2015), this three-disc collection draws from radio broadcasts, live concert tapes and other high-fidelity sources to provide an overview of the immensely talented jazz keyboardist. His style is sometimes fusion-leaning, sometimes showy Broadway-style jazz. He’s really all over the jazz part of the map. (Sidran developed rock sensibility as a member of the Steve Miller band in its pre-pop era.) The album is deliberately not sequenced in chronological order. Sidran’s unique and idiosyncratic vocal approach – it can’t be explained; you’ve got to hear it – isn’t for all tastes, but it’s surprisingly effective. 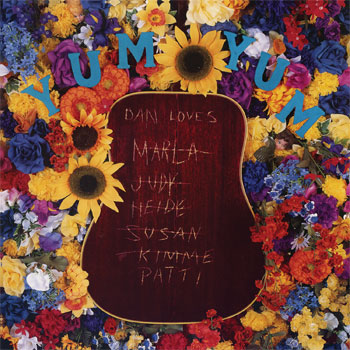 Yum-Yum – Dan Loves Patti
Did you know that Paul McCartney had a deejay? Me neither. When I heard music piped over the PA pre-show, I assumed it was Macca’s Fireman alter ego. Alas, no; it was Chris Holmes. As Yum-Yum, Holmes made three albums of winsome pop. If you like a kind of DIY aesthetic aplied to pop sensibility, you’ll enjoy this. A more discipline R. Stevie Moore, a more AM radio-focused Jason Falkner, a more indie Paul McCartney. This reissue of the group’s debut adds a bunch of bonus originals alongside cleverly-chosen covers. It’s a nice blend of underground and ear-candy musical values. 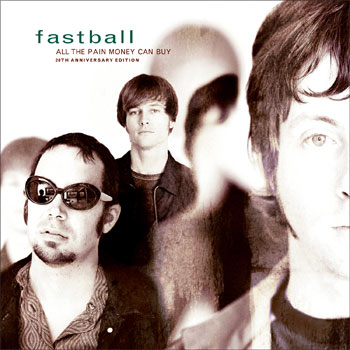 Fastball – All the Pain Money Can Buy
If you listened to “new rock” radio even a little bit in the late 1990s, you heard “The Way,” the hit single from Fastball. The tune has unusually evocative lyrics and a sound that reminded listeners of what Elvis Costello sounded like when he still rocked. The album from which that tune came, All the Pain Money Can Buy had plenty of other strong tunes, too. People forget that “Out of My Head” made the charts as well. This Omnivore reissue add nine bonus tracks, showing that “The Way” clearly developed between demo and album sessions. A welcome expanded reissue.