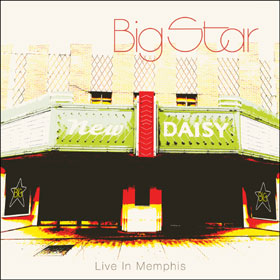 The story of Big Star – a band once so obscure, only critics, musicians and a small handful of in-the-know fans even knew of their brief existence – has now passed into popular culture.

I’ve always considered myself a hardcore fan of their general style of music: back in the early- to mid-1970s, I was into Badfinger, and I knew about bands like The Raspberries and Blue Ash. But at the time, I had never heard Big Star; the only time I even saw their name was in publications such as The Rolling Stone Record Guide. I didn’t have their records; I didn’t know anybody who had the records. They didn’t get played on the radio. And you couldn’t find the records, as they had quickly gone out of print. (As I have chronicled elsewhere, I stumbled upon “new old stock” copies of their first two LPs – still in shrinkwrap – in a record shop in the 1980s.)

In recent years, the Memphis group’s music has been championed by prominent musicians (among them Chris Stamey of The dB’s and R.E.M.‘s Mike Mills). Their two Stax/Ardent albums (#1 Record and Radio City) have been reissued multiple times (the most recent, just this summer, with contemporary liner notes from Mills). A 4CD box set of rarities, Keep An Eye on the Sky came out in 2009 to widespread acclaim. And Big Star got a proper, feature-length documentary done on them with 2012’s Nothing Can Hurt Me.

But all of this modern-day, well-earned appreciation was actually preceded by activity from Alex Chilton, vocalist/guitarist with Big Star through its original existence. Though the famously prickly Chilton had previously shown little interest in revisiting his Big Star years (much of his subsequent solo output seemed, at times, to be a repudiation of the musical approaches of both Big Star and his teenage group, The Box Tops), in April 1993 he surprised everyone by agreeing to a one-off reunion of the original band.

That performance – documented on the slightly-misnamed Columbia: Live at Missouri University – featured Chilton on guitar, plus original drummer Jody Stephens. (Bassist Andy Hummel either declined to participate, or wasn’t asked; no one’s sure, and Hummel passed away in 2010.) The pair were joined by two young musicians who had become Big Star acolytes of the highest order: Ken Stringfellow and Jon Auer, collectively known as The Posies. Though the duo had heard and read the name Big Star, they grew up without having ever heard Big Star’s music; once they discovered it, they were – like so many others of a similarly melodic musical predisposition – hooked for life. As Jon Auer told me recently:

“My first experience hearing Big Star — for real — was when I was working at a record store in Seattle. My manager at the time put on [a cassette of The Posies’ debut album] Failure. He was a fan of things like NRBQ and Elvis Costello, and he really dug the tape. And he said to me, ‘Hey: have you ever heard this band called Big Star?’ I said I had heard of them. He said, ‘[deep sigh and pause for emphasis] Come. With. Me.’ He pulled out a vinyl reissue of Radio City – not an original copy like you have – and said, ‘here’s what I’m going to do. I’m gonna let you get off work now. Go home and put this record on. And listen to “September Gurls.’ It might sound like a cliché, but when I dropped the needle on that particular groove, it was like the feeling of meeting somebody and feeling that you’ve known them all your life.”

So it was that this foursome practiced up a set of Big Star tunes (plus some solo material from Big Star’s late and departed founder, guitarist Chris Bell) and did the “one-off” show. But the story didn’t quite end there, however: the reformed Big Star went on to do a number of high-profile TV and concert dates. That run was set to conclude with a date back in the band’s Memphis hometown, scheduled for October 29, 1994.

Those who had followed Big Star sensed that this would be an historic event. So arrangements were made to film the concert. Filmmaker and former Chilton bodyguard Danny Graflund convinced the mercurial Chilton to allow the filming (“I’m ready for my closeup,” Chilton deadpans onscreen before launching into “The Ballad of El Goodo”), and the show was a rousing success. But – as Graflund explains in his liner notes for the new Omnivore Recordings CD Live in Memphis, when he shopped a rough cut of the film to potentially interested parties,

“not a single label gave a flying fuck. No bites, no nibbles, not the slightest interest from any of the shits who could have done something back then. So I put the master tapes in a box, put the box in my closet, and there they stayed.”