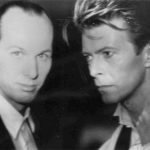 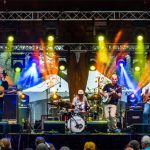 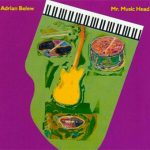 By 1989, Adrian Belew was well into the high-profile phase of his career, one that continues to present day. The guitarist’s star had been in ascension since being discovered by Frank Zappa and added to his band, subsequently joining David Bowie’s band, and going on to work as a sideman for Tom Tom Club and
Read More 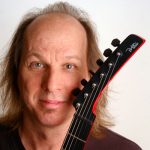 Guitarist Adrian Belew has had a long and staggeringly impressive career. With one foot in the progressive world and the other firmly planted in mainstream pop, he’s played and toured extensively with David Bowie, Frank Zappa, Talking Heads, Nine Inch Nails and many others. He was guitarist and primary vocalist for rock legends King Crimson
Read More
The music of electric guitarist Adrian Belew is tough to pin down, and he prefers it that way: “I don’t like to put titles on any of these brands of music,” he says. People like to have them, “But for the people making the music, it’s better not to have them.” Fine: if you’re not
Read More
There have certainly been rock-related coffee table books before; some of the best and most notable ones include The Beatles Anthology. And among ones that focus more on imagery than text, Hipgnosis’ Storm Thorgerson has done some excellent ones. Among books that focus more on instruments, Andy Babiuk‘s peerless Beatles Gear is among the best.
Read More