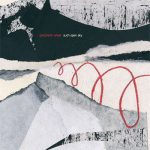 On Such Open Sky, her latest album as Gretchen’s Wheel, Lindsay Murray takes a turn that’s both darker and more energetic than what has come before. From the opening strains of “You Should Know,” it’s clear that Gretchen’s Wheel circa late 2020 is a great leap forward. While her previous work has been highly melodic
Read More 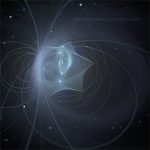 More quick-take reviews … Pop Co-op – Four State Solution Making an album via file sharing – instead of the old-fashioned method of gathering in a studio – is now a well-established practice. The title of this set refers to the approach used to make it. Steve Stoeckel’s name will be familiar to pop connoisseurs;
Read More
Lightening the mood a bit today with some power-pop leaning releases, leavened with some heavier, more adventurous sounds. The Prime Ministers – Youngstown Milk Run Don’t allow yourself to be put off by the song titles that make use of tired Prince-isms (“Can U B My Dreams,” “I Wait 4 Your Guitar”). The songs are
Read More