Hundred-word Reviews for September, Part 5 of 8

Lightening the mood a bit today with some power-pop leaning releases, leavened with some heavier, more adventurous sounds. 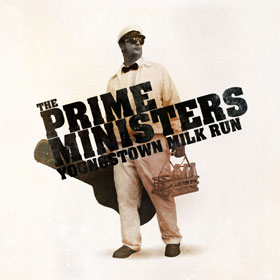 The Prime Ministers – Youngstown Milk Run
Don’t allow yourself to be put off by the song titles that make use of tired Prince-isms (“Can U B My Dreams,” “I Wait 4 Your Guitar”). The songs are better than all that. Betraying a strong influence of mainstream 80s rock (Huey Lewis, but don’t hold that against ’em either), the eleven songs on this disc are catchy, rocking stuff. Sure, the occasional hip-hop vocal break is jarring, leaving a vaguely Smash Mouth flavor behind, but let’s not hold that against the band either. If you liked 80s FM radio, you won’t find this music past its sell-by date. 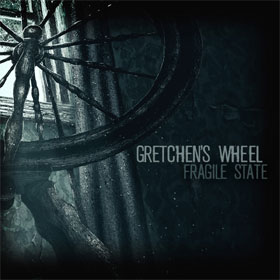 Gretchen’s Wheel – Fragile State
Gretchen’s Wheel is Lindsay Murray, a singer songwriter from smalltown Tennessee. On Fragile State, she handles songwriting, vocals and the lion’s share of instrumentation. The remaining instruments and production engineering duties are the domain of Ken Stringfellow (The Posies). Murray’s sturdy, inviting songs tread the space between singer/songwriter and midtempo power pop. The songs occasionally remind one of Warner Brothers era Badfinger. There’s a subtle country (the good kind!) influence imbued into the arrangement; this album rewards the listener who spends time with it. Sources say that another album is on its way soon; that’s welcome news in these quarters. 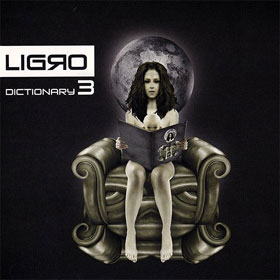 Ligro – Dictionary 3
Liner notes author Dr. Brad Stone makes the point that jazz isn’t always mellow and relaxing. It certainly isn’t on this five-track album on the MoonJune label from this guitar/bass/drums trio. The textures are warm and inviting, but there’s an adventurous spirit at work that keeps things interesting. With a high melodic quotient, and lots of engaging interplay between the instrumentalists, Dictionary 3 is an enjoyable listen start to finish. And because of its relatively accessible character, it might be a good entry point (for your non progjazz-inclined friends) into the world of MoonJune artists. Tasty piano on track one. 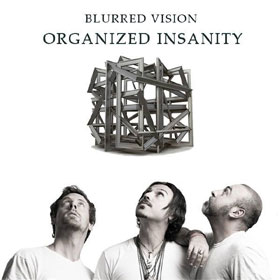 Chiming melodies and massed (chorused/overdubbed) vocals give the songs on Organized Insanity a feel not wholly unlike some of Crowded House‘s work. It’s a safe bet that these songs are “about stuff,” as the first track (“No More War”) features clips from a speech by Dr. Martin Luther King, Jr. The trio ostensibly plays guitar/bass/drums, but lots of electric piano, south-of-the-border horns and banjos (all but the first are uncredited) add nicely to the texture. One’s predilection toward message-y music (see also: U2) will surely indicate how one will react to this music. Often anthemic, often swinging for the fences. 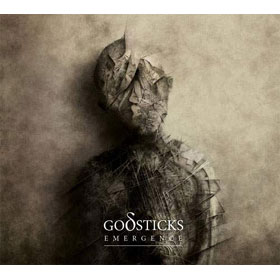 Godsticks – Emergence
In the music biz, everything has to have a label; I believe the label for this music is “active rock.” You might also call it “aggressive progressive.” Musically akin to some of Porcupine Tree‘s more metallic moments (circa Fear of a Blank Planet), on Emergence Godsticks gets the chunka-chunka vibe down tight, with a vocalist who reminds this listener of Eddie Vedder. Punishingly precise riffage underpins the songs; only one track features keyboards; otherwise it’s power trio and vocals pretty much all the way. “Much Sinister” sounds like its title suggests. The Pineapple Thief‘s Bruce Soord guest-vocals on two tracks.