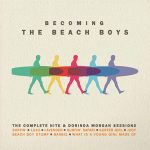 Five more quick reviews of archival/reissue material. Three of today’s five are from Grammy-award winning label Omnivore Recordings. One of these days I’ll write liner notes for one of their fine releases; I just know it. Meantime, I’ll review the ones that I dig (which, as it happens, is nearly all of ’em). The Beach
Read More
Yesterday I did a quick round-up of notable album reissues from 2013. Today it’s DVDs. Click on the titles for a full review (except as noted). Brian Wilson, Songwriter 1969-1982 Those British folks at Sexy Intellectual have only improved since they began their worth series of in-depth critical looks at the bodies of work of
Read More
A few years back, a British based concern called Sexy Intellectual released a 2DVD set, Brian Wilson, Songwriter 1962-1969. This three-hour-plus(!) documentary took an in-depth critical look at the work of the Beach Boys leader. Focusing less on the pop culture angle and more on serious analysis of his songwriting, its influences (and influence) and
Read More