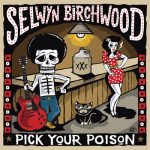 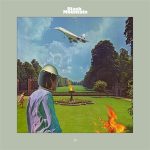 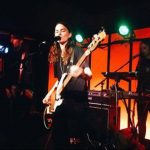 When singer, songwriter and multi-instrumentalist Eliot Sumner began her recording career, she used the name I Blame Coco for her project. That choice was based at least in part upon her desire not to trade on her famous name. As the daughter of bassist Gordon Sumner (that’s Sting to you and me) and actor Trudy
Read More 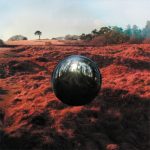 Depending on the manner in which one learns about Cary Grace, the music on Tygerland may come as a surprise. An American expatriate now living in the United Kingdom, Grace is a keen synthesist. So much so, in fact, that she owns and operates Wiard, a company that hand-builds modular, analog synthesizers. You know: the
Read More
Five releases from five acts from five different countries (Poland, The United States, Germany, Belgium and Sweden) are the focus of today’s brief reviews. Lunatic Soul – Walking on a Flashlight Beam Bassist/vocalist Mariusz Duda seems to be taking a cue from the astoundingly busy Steven Wilson; he’s involved in several musical projects all at
Read More
Continued from Part One… I laughed and expressed my surprise that the sometimes singer/songwriterly Lloyd Cole is a fan of 1970s krautrock. “I’m going to be in Berlin in September, making my debut as a modular synth player onstage live,” he told me. I asked him if he’d be wearing a cape. “I haven’t thought
Read More
Lloyd Cole and the Commotions debuted onto the music scene in the 1980s, a period that dovetailed nicely with my college years. Their debut Rattlesnakes came out in 1984, and Mainstream, their third and last album (not counting posthumous live and compilation sets) was released in 1987. Cole went on to a highly regarded solo
Read More
“Rock” is such an all-encompassing term. It can include speedy punk, gothic rockabilly, krautrock, indie rock, and more. So, too, can a selection of my hundred-word reviews. To wit: Stuyvesant – Shmyvesant The cover art suggests pop-punk. The band photo shows husky, middle aged white guys. The music says, “We may be from New Jersey,
Read More