This go-round is especially impressive. In addition to an all (local) star treatment of a beloved musical theater work, we’ve got two intriguing touring bands coming to Asheville. I’ve seen both, albeit many years ago, and can personally vouch for their music being outside the ordinary in the best possible ways. And then there’s a local-based act that seems right on the verge of taking thigns to the next level. See you at the shows! 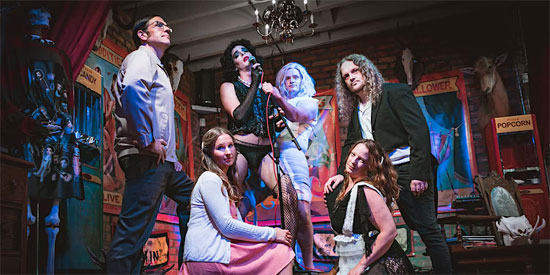 Artist: Rocky Horror Music Show
Venue: The Grey Eagle
Date: Friday, Oct. 21, 9 p.m.
Door: $17 advance / $20 day of show
Hey, everybody already knows about Rocky Horror. It’s a cult classic that pioneered cosplay. Lots of laughs and great music. This reading of Rocky Horror focuses on that music, and features a cast of local music luminaries. Watch for my interview/feature on the show in Mountain Xpress’ Oct. 19 issue. Double Love and the Trouble opens.

Artist: Legendary Pink Dots
Venue: The Grey Eagle
Date: Saturday, Nov. 05, 9 p.m.
Door: $20
I saw this experimental band in a small club in Chapel Hill nearly 15 years ago (reviewed here). At that time they were celebrating their 25th anniversary. Now the band is approaching the 40 year mark. Their musical character is a kind of combination of goth, Bowie and Psychedelic Furs, though they don’t draw overtly from any of those; they’re merely reference points for what is a decidedly unclassifiable band. Orbit Service opens. 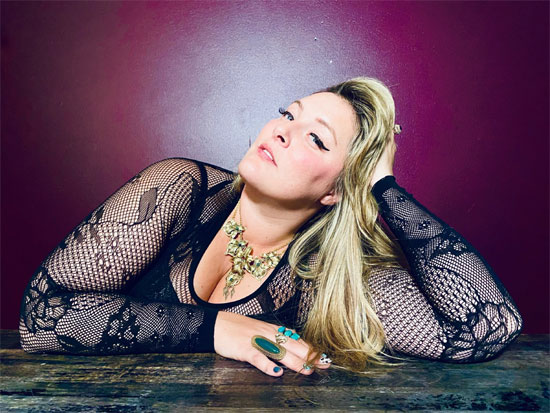 Artist: Caitlin Krisko & The Broadcast
Venue: Asheville Music Hall
Date: Saturday, Nov. 05, 9 p.m.
Door: $15 advance / $17 day of show
I first interviewed Krisko some seven years ago; I sensed even then that The Broadcast (as they were still billed in those days) was more than anything a vehicle for her individual musical ambitions. Same – and even moreso – in 2020. So the inevitable re-branding of this Asheville-based group has finally come to pass, with her name bigger than the band’s, and the “about the band” section of the website focusing solely upon…guess who. (To be fair, their names are listed, albeit below a huge photo of the band’s star; see above). All that said, they’re a solid, soulful band with no shortage of talent in the songwriting and vocal department, so success is well-earned and deserved. 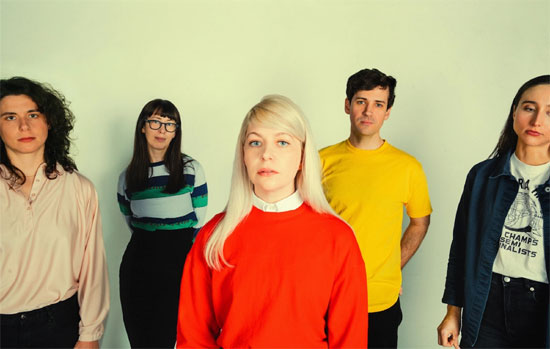 Artist: Alvvays
Venue: The Orange Peel
Date: Wednesday, Nov. 9, 8 p.m.
Door: $25
It was way back in 2014 that I first saw Alvvays, at the now-sadly-gone Mothlight. I was impressed then with the band’s musical approach. As fine as their original material was and continues to be, they truly won me over by displaying superlative taste in covering a Kirsty MacColl tune. The pride of Prince Edward Island, Canada, Alvvays (now based in Toronto) makes appealing indie pop. The group is led by singer-songwriter Molly Rankin; her family has a long and proud tradition of Celtic folk. The group is touring in support of its third long-player, Blue Rev. Slow Pulp opens.

Support live music, and tip your servers generously. It’s still tough out there.