A shorter, edited version of this story appeared previously in Mountain Xpress.

After an extended period of focusing on touring and business matters, Asheville-based soulful rock band The Broadcast has put a series of delays behind to release its third studio album, Lost My Sight. With restrictions related to the pandemic still in effect, live dates in support of the record are in doubt, but leader Caitlin Krisko feels that now is very much the right time to release the album.

Krisko moved to Asheville from her native Manhattan in 2010. “I love my city, and I love my people,” she says. “I love the whole vibe of New York. But I realized that I love people in general. And it was a really intriguing idea to go out on the road.” Those travels included a weekend in Western North Carolina, after which Krisko made the decision to relocate. Re-establishing her band here, she led the group through the making of its debut studio album, Dodge the Arrow, released in 2013. 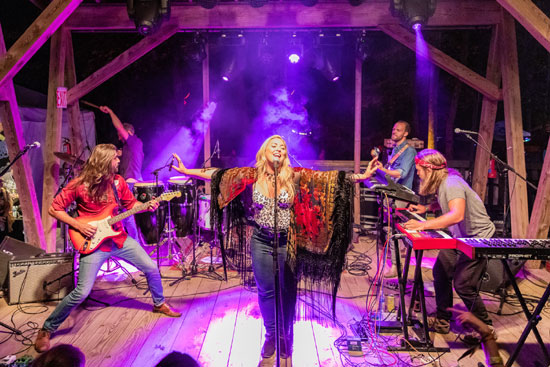 A decade later, many things have changed, including the band lineup and the music scene in Asheville. And despite her self-confessed wanderlust, Krisko appears relatively settled in her adopted home. “Normally, at the ten year mark, the spirit says to me, ‘Yeah, you better go,’” she admits. “But I actually feel an incredible sense of, ‘I can’t think of anywhere else I’d rather be.’”

Working with Wilco and Tedeschi Trucks Band producer Jim Scott, The Broadcast made its second album, From the Horizon, in 2016. Like its predecessor, that record was self-released. And while The Broadcast maintained a steady and energetic schedule of live dates – including multiple tours of Europe – the group operated outside the traditional machinery of the music industry.

Though it wasn’t apparent to those outside the group’s immediate orbit, The Broadcast had neither a manager nor booking agent. “Up until June 2019, I was managing and booking the band under a pseudonym,” Krisko admits. That all changed recently, the culmination of a focused effort on the part of Krisko and her band mates. “Having a management and booking agency this last year has relieved an incredible amount of pressure to deliver on something that I’m not really qualified to deliver on,” she says.

But the transition had another, unintended effect: release of The Broadcast’s third album – already postponed – would be delayed yet again. And not for the last time.

Recording sessions for the album being released in July 2020 as Lost My Sight were completed by summer 2018. But Krisko says that as the band worked on post-production activities – mixing, mastering and packaging – they faced a question: “’Do we release it [in summer 2019], or do we use this as a calling card for managers and agents?’ That was a really tough call for us, because we really wanted to get the record out.” She felt that her own booking skills wouldn’t yield the kind of tour that Lost My Sight deserved.

So they waited, deciding that if new management wasn’t in place by fall 2019, The Broadcast would self-release the album. Happily, the group soon signed on with the booking agent that schedules dates for the Avett Brothers, and inked a deal with a New York City-based management team. 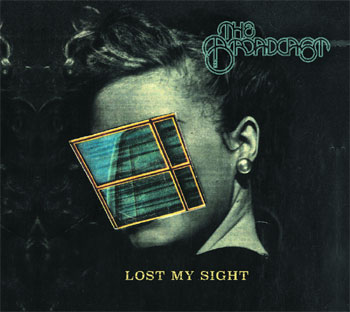 But the new management was impressed enough with the still-unreleased Lost My Sight that they wanted to shop it to record labels. Krisko agreed, but that meant yet another postponement. She says that after meeting with several labels, an agreement with one was imminent in early 2020. “This whole lead-up was in evolution,” she says. “And then, coronavirus.” The deal was off the table.

As the two-year anniversary of its recording approached, Krisko made the decision to move ahead with a self-release of Lost My Sight. With the pandemic having forced the hard-touring band off the road, she decided, “I don’t want [to wait] another year; let’s just release this baby, do it digitally and call it a day.”

Produced by Tim Lefebvre (formerly the bassist in Tedeschi Trucks Band) and TTB drummer Tyler “Falcon” Greenwell, Lost My Sight is at once more streamlined and confident that its predecessors. The horn charts that characterized much of From the Horizon are largely absent, and new keyboardist Mike Runyon takes a prominent role. And while Krisko’s powerhouse vocals have long been a trademark of the Broadcast, on the new release she proudly displays greater stylistic range. Recalling previous album sessions, she says, “Everyone’s always been like, ‘Go to a 10!’ So it was really nice to have a producer who says, ‘I want you to be as quiet as you possibly can right now.’” She believes that Lefebvre gave her “the permission to have confidence to be subdued, to really lean into the dynamics.”

Krisko says that the theme that unifies the music on Lost My Sight is one of unity. “I have to start looking outside of myself, beyond my own experiences, in order to relate to other people more,” she says. And the new songs build on that realization. “A lot of people use social media and meme culture to express their feelings,” Krisko observes. “I feel really blessed that I have been gifted with the ability to write music. And we made a record that felt real, raw and honest.”