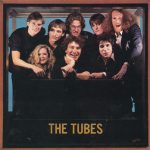 Tubes lead singer and founding member Fee Waybill celebrated his 72nd birthday on September 17. Founded in 1972 and still performing today, The Tubes were among the most outrageous bands of the 1970s; their music combined satire with art rock, and their uproarious live shows flirted with the edges of good taste. Complex and ambitious
Read More 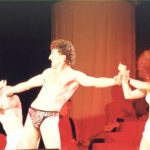 Rock has often been about spectacle. From the mock-horror of Alice Cooper to the blood-spattered antics of GWAR to the inevitable pyrotechnical visuals of most every stadium act, giving audiences a memorable visual experience has long been a key component of what makes a rock show worth the price of admission. And few groups have
Read More 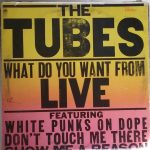 Satirical group? Yes. Hard rockers? Sometimes. Progressive band? Now and then, yes. Punk? Not quite, but the spirit was there. One of the greatest live acts of all time, the Tubes got it right on their albums more often than not. Save for a brief time in the early ‘80s, they were destined to remain
Read More 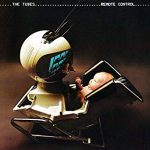 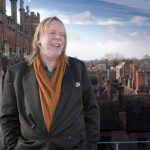 Way back in the depths of the Great Recession (2007-2009), one of my former writers (from my time as Editor in Chief of a now-defunct magazine I won’t dignify by naming) put me in touch with the good people at Amoeba Music. The California-based record chain had an ambitious plan: creating artist bios to serve
Read More
Continued from Part Four… “We’re waiting for an investor. Maybe it’s you.” Bill Kopp: I remember something from a little later in The Tubes’ career, from The Completion Backwards Principle era tour. The way you opened the show was that you’d all come out dressed in business suits, with briefcases. But you weren’t in that;
Read More
Continued from Part Three… “No one would get my wheelchair.” Bill Kopp: We’re talking about the songs on The Tubes‘ 1977 album Now, and whatever comes to your mind about each of them. Side Two continues with “I’m Just a Mess.” Bill Spooner: That’s a Roger [Steen] song. He came over to my place when
Read More
Continued from Part Two… “If I get you guitar lessons, will you stop playing that?” Bill Kopp: Let’s talk about the Now album from 1977. Bill Spooner: What do you know about the album? Do you know the circumstances behind that album? BK: I’ve understood that it was done during a difficult time for the
Read More
Continued from Part One… “Can’t you control your bitches?” Bill Kopp: If you don’t mind, I’d like to run down the track lists of the Young and Rich and Now albums, and just get whatever comes to mind from you for each song. As much or as little as you would care to say. First
Read More