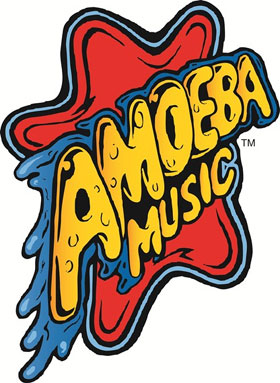 Way back in the depths of the Great Recession (2007-2009), one of my former writers (from my time as Editor in Chief of a now-defunct magazine I won’t dignify by naming) put me in touch with the good people at Amoeba Music. The California-based record chain had an ambitious plan: creating artist bios to serve as a resource on their website. Right alongside online ordering, visitors could click on an “Artist Biography” link, and read a concise bio about that act.

I was commissioned to do several dozen of these, but owing to that little worldwide financial debacle I mentioned earlier, the project was shelved indefinitely. And because the pieces I turned in before deadline were “works for hire,” they were the property of Amoeba. So I couldn’t publish them myself. Fair is fair.

Fast forward more than six years, to a couple of weeks ago. I stumbled upon one of those essays online! Turns out that – and I don’t know when this happened; could’ve been years ago – Amoeba has published five of the six essays I penned; most (but not all) of them include my byline.

If you enjoy any of the acts listed below, you might also find these short biographies an interesting read. For my part, I’m just happy that they’re available. All excerpts below ©Amoeba Music.

Badfinger
The story of Badfinger is one filled with tantalizing promise, modest success, and crushing tragedy. Initially viewed as something of an heir apparent to the Beatles’ legacy, a combination of naivete, emotional fragility and misplaced trust served to rob this quartet of greater fame; their brief time in the limelight (1970-1974) ended with the suicide of their primary songwriter, effectively spelling the end for this talented group. Despite the band’s tumultuous history, Badfinger has earned its place among the top tier of power pop groups. [read more…]

Blind Faith
The aptly-named Blind Faith is a textbook example of unrealized potential. Formed in 1968 from the remnants of other high-profile groups, this “supergroup” brought together some of rock’s greatest talents. The quartet issued one hastily-recorded album, did a quick tour and disbanded. In some ways, Blind Faith is no more than a footnote to the careers of three of its members. Yet in its lineup, approach and songs, the group possessed immense potential to push popular music in new and exciting directions. They made tentative steps in those directions, but left fans wondering what could have been. [read more…]

The Rutles
The mockumentary/rockumentary genre didn’t start with the 1984 film This is Spinal Tap. As far back as 1978, NBC-TV aired All You Need is Cash, a prime-time special that purported to tell the story of The Rutles, England’s “Pre-Fab Four.” Former Monty Python troupe member Eric Idle had conceived of the project years earlier, and the project’s musical director (Neil Innes from the Bonzo Dog Doo-dah Band) had already written and produced a few songs in a mock-Beatles vein both with The Bonzos and The Grimms. [read more…]

Spinal Tap
Rock music is often funny; rarely is it intentionally so. The 1984 film This is Spinal Tap was a faux documentary (“rockumentary” or “mockumentary”) that followed the exploits of fictional British heavy metal band Spinal Tap (“one of Britain’s loudest bands”). Like The Monkees before them, Spinal Tap went from being a fictional group to a real one; unlike The Monkees, Spinal Tap never had ambitions to be taken seriously. Turning every rock cliché on its head for laughs, Spinal Tap (the band and the movie) may be the most fully-realized parody in all of popular culture. [read more…]

The Tubes
The Tubes successfully combined rock, theatre and satire. Their biting combination of offbeat subject matter, complex yet muscular arrangements, and provocative presentation pushed the boundaries of rock like few before or since. Most modern visually-oriented acts owe a debt—knowingly or not—to the Tubes. [read more…]

As of this writing, my completed-and-submitted biography of Moby Grape remains unavailable. Far be it from me to suggest that the (allegedly, I say) dastardly Matthew Katz has anything to do with its omission. I’m sure he’s a lovely man. Really. Honestly. Everyone says so.