all them witches Archive 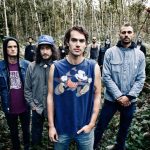 Nashville-based All Them Witches play a modern variety of psychedelic blues. The four-piece group’s heavy music has caught on with audiences in a big way; like the four albums that came before it, 2017’s Sleeping Through the War is earning near-unanimous critical acclaim. The band is currently on an American tour that runs through mid-June
Read More