For journalist-authors, there are myriad ways to tell a story. The easiest – and often most effective – is to write the story as narrative, and insert quotes from those who were there to supports the assertions made in said narrative. It’s a tried-and-true method that works, and readers can follow it. But there’s another
Read More
James Goss‘ 2010 book Vinyl Lives was built around a series of interviews the author conducted with owners of independent record stores around the country. Woven together, these individual stories painted a picture of the state of this niche market. Consistent themes developed; chief among these was the idea that owning and operating a record
Read More
On my desk at the moment is a pre-release Kindle copy of Mary E. Donnelly‘s long awaited book about the Zion, IL powerpop group. Shoes began their recording career in the 1970s and continue to present-day; in fact they’ll be making a relatively rare live appearance soon, at this year’s SXSW. (If you’re going to
Read More
I’m predisposed to like a work such as Jeff Gold‘s new book, 101 Essential Rock Records: The Golden Age of Vinyl from The Beatles to the Sex Pistols. Anything that connects with my interest in music and words-about-music has a better than even chance of finding favor with me. But this book is special beyond
Read More
As someone who (a) is a writer and (b) grew up immersed in the pop culture of the 1960s, Ken Levine would seem ideally suited to write a book about that decade. That he’s a comedy writer (M*A*S*H, Cheers, Frasier and host of other well-known shows) would suggest he could deftly weave humor into such
Read More
I’m decidedly old-school about any number of things. I prefer vinyl records to CDs (and CDs to mp3 files), and real books to e-books. But when I learned that famed and legendary guitarist/composer Dick Wagner had penned a book about his life in music, and that Not Only Women Bleed would be available only in
Read More
Every now and then, I’ll find myself engaged in a conversation with someone who laments the fact that “they don’t make movies like they used to.” In the old days, the argument goes, they had good guys and bad guys, and you usually knew who was which. Sure, there might be a plot twist where
Read More
When I heard the title, I was immediately hooked: Bruce Pollock‘s If You Like the Beatles sports the irresistible tag line/come-on, “Here are over 200 bands, films, records and other oddities that you will love.” That intro positions the book – in my mind, at least – as something of a modern-day Rock Book of
Read More 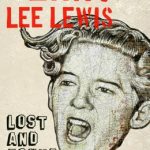 In the 21st century, it’s a bit of a challenge for a writer – even a very good one – to write a book about one of rock’n’roll’s early leaders. Because, of course, it’s all been done before. What could anyone possibly have new to say about such an oft-covered artist as Jerry Lee Lewis?
Read More
There are a few characteristics that – when present – enhance the quality and readability of a book. When the subject is a band, figure or personality in the rock idiom – though in fact this is something of a global truth applicable to much more than rock music – if the author has an
Read More