During that “Knock on Wood” writing session, there was a torrential rainstorm going on outside. “In Alabama where I live,” explains Floyd, “the rainstorms can be fierce.” Even though “Knock on Wood” was shaping up to be a love song, he decided put that idea into it: “It’s like thunder, lightning. The way she loves me is frightening.”

When Floyd cut his debut album for Stax – 1967’s Knock on Wood – four of the record’s 12 songs were written by him and Cropper. The same held true for 1968’s I’ve Never Found a Girl, though Floyd had begun to write with Jones as well. 1969’s You’ve Got to Have Eddie LP features Floyd/Jones and Floyd/Cropper songwriting collaborations as well. Cropper produced the second and third LPs in that trio.

Floyd had quickly settled on a creative method that worked. The core band for his hits of that era included Stax label mates Booker T & the M.G.’s along with some other very notable sidemen. And Floyd readily gives credit to the entire team for their collaborative creative input. 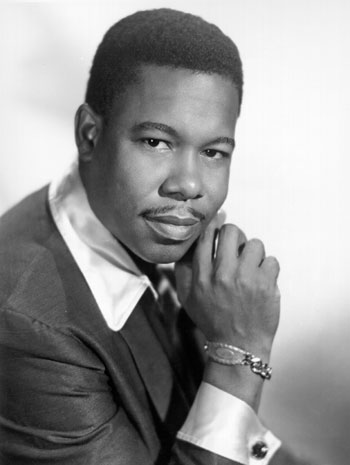 “Cropper has the rhythm,” Floyd says, setting the scene for the way in which the entire band worked together to develop a tune. “And so we know the tempo. I have the lyrics and the melody, and then we get together with Donald ‘Duck’ Dunn the bass player, Booker T. on the organ, and Al Jackson the drummer.” He says that one of most distinctive musical cues in “Knock on Wood” – right after he sings the word “knock” – was totally Jackson’s idea. “I think that maybe it wouldn’t have been a hit if Al Jackson hadn’t said, ‘Wait, let me put a break in the song,’” Floyd says. Those staccato drumbeats mimicking knuckles rapping on a door are such an integral part of the tune that it’s nearly impossible to imagine the song without them.

“That’s what the musicians would do,” Floyd says. “They would always put themselves into the song.” He emphasizes that he would never take full credit for a song, because the other musicians contributed a great deal. Floyd goes on to explain what the “Knock on Wood” session’s second keyboard player brought to the table. “Isaac [Hayes] said, ‘Wait a minute, I got an idea. We need to do a bridge.’” Floyd laughs as he recalls that he, Cropper and the other players initially laughed at the instrumental lick Hayes suggested. “We were like, ‘It sounds like a soap opera!’” But it worked, and Hayes’ instrumental bridge is an essential part of the soulful stew that would make “Knock on Wood” a smash hit.

Eddie Floyd and his fellow soul performers – nearly all African Americans – didn’t quite know what to expect when they embarked on the ‘67 Revue tour of England and Europe. Living in the American South of the 1950s and ‘60s, all had experience with racism and segregation that characterized the era. Would things be different overseas?

“Otis Redding had been to London and did a show,” Floyd recalls. “Everybody received him so great that they were wondering if there were other artists from here.” Indeed there were, and the Stax/Volt Revue was born. “People over there received us the same way that we were seeing the Beatles and Rolling Stones doing their shows over here,” he says. The experience made a deep and lasting impression on Floyd. “I can’t tell you what that feeling was, you know, and what it has remained. It’s a great feeling, and we’ll always be indebted to the UK.”

Floyd was in London when the tragic news broke of the December 10, 1967 airplane crash that took the lives of his friends Otis Redding and several members of Memphis group The Bar-Kays. Days later, Floyd was aboard a commercial airline flight, making his way back to Macon, Georgia (Redding’s hometown) for the singer’s funeral. That plane experienced engine trouble, forcing a return to Heathrow’s airport terminal. The passengers understood that another place would be put into service, but instead the decision was made to fix the plane they had. Against that backdrop – and with Redding’s death fresh in his mind – it was an unnerving flight for Floyd.

The delays meant that Floyd missed the funeral. But the experience led him to write one of his best tunes, the underrated (and only marginally charting) “Big Bird.” With its distinctive and driving bass line, even today the song remains a highlight of his live repertoire.

“A lot of people speak of ‘Big Bird,’” Floyd says. “They say, ‘Wow, “Duck” Dunn is really playing on that one! And Steve Cropper: he’s getting a great guitar sound!’” Floyd pauses and laughs heartily. “And then I get a chance to tell ‘em: ‘That was Booker T. [Jones] on both!’ A lot of people know him for the organ, but Booker, he can play any instrument.” 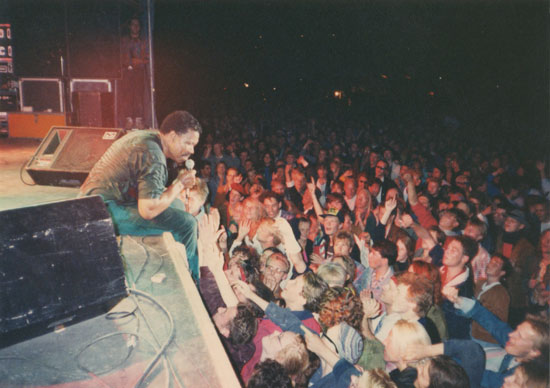 Floyd admits some slight embarrassment for a lyric in the song, though. “I came up with it just right out of my head,” he explains. “And ‘I’m standing at the airport’ didn’t feel right. So I sang, ‘I’m standing at the station ready to go. Big ol’ airplane, I’m trusting you, so get on up, Big Bird.’

“But everybody liked it,” he says with another laugh.

In fact, the creative give-and-take that characterized Floyd’s work with Cropper, Jones and others was an essential characteristic of most all the music that came out of Memphis, Tennessee-based Stax Records during its heyday. “I guess that was the success of Memphis music,” Floyd says. “You allowed everybody to put themselves into the concept. I don’t know if [other musicians] do that today; I don’t know. But that’s the way we did it, and we were successful.”