There’s some fantastic live music coming to Asheville in the next 30 days. No foolin’: sophisticated modern minimalism, a sax-and-drums trio that’s equal parts out-there and accessible, a blues (and more) hero for the 21st century, and some of the most compelling and powerful instro-prog you’ll ever experience. Roll your pennies and go to the shows! 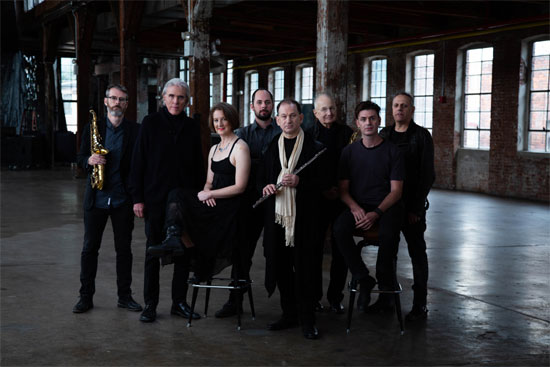 Artist: Philip Glass Ensemble
Venue: {Re]HAPPENING 2022
Date: Saturday, April 2, 5 p.m.
Door: $28 advance / $35 day of show
It’s been suggested that what Brian Eno and Philip Glass do isn’t radically different; what is clear is that those two artists came from a very different places. Eno’s foundation was in art rock via Roxy Music; Glass comes from the modern classical world. The {Re}HAPPENING is an annual event (save for the pandemic era) that’s as close as Western North Carolina comes to Big Ears. Fascinating, once-in-a-lifetime stuff, this. 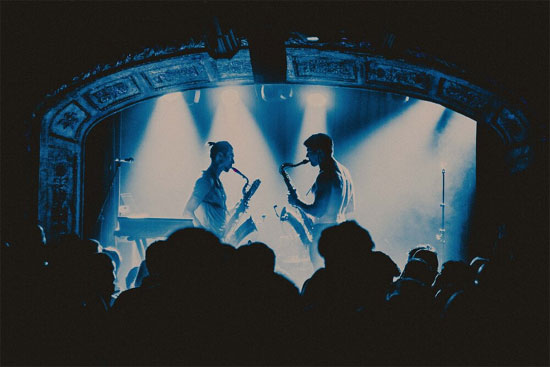 Artist: Moon Hooch
Venue: Asheville Music Hall
Date: Wednesday, April 6, 9 p.m.
Door: $15 advance / $18 day of show
I first discovered this group nearly a decade ago. “Two saxophones and a drummer” might suggest jazz. But jazz this is not. It’s modern music. I stand by my words of a review published in 2013: “Because plenty of bands would shudder at the prospect of following Moon Hooch onto the stage. If you’re ever presented with the opportunity to see this tough-to-label trio, don’t miss them.”

Artist: Samantha Fish
Venue: Salvage Station
Date: Sunday, April 17, 6:30 p.m.
Door: $25 advance / $30 day of show
Samantha Fish established herself as a blues guitarist par excellence. But the blues is too small of a vehicle to express her ample creativity: she’s moved in any number of other directions, and done so with authenticity. Fish is no dilettante. I’ve interviewed her twice so far: once in 2017 and again in 2020. 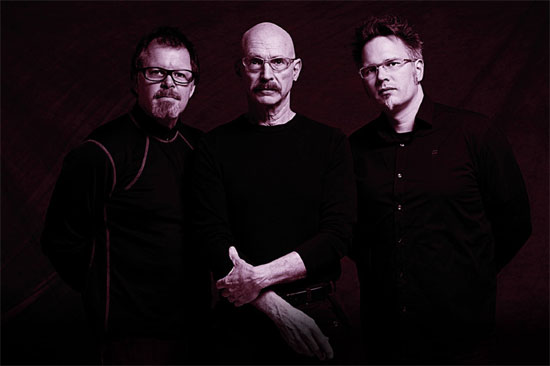 Artist: Stick Men
Venue: The Grey Eagle
Date: Saturday, April 23, 8 p.m.
Door: $30
Take a rhythm section from King Crimson (Pat Mastelotto and Tony Levin) and add an innovative musician with an extensive repertoire on the touch guitar (Markus Reuter). Now give Levin and Reuter Chapman Sticks. It’s gonna get heavy, complicated and thrilling. I first witnessed Stick Men in action when they toured in 2011 as part of an aggregation that would come to be known as The Crimson ProjeKct. Dizzyingly accomplished stuff, it simply must be seen and heard to be believed. I spoke with Mastelotto a second time in 2013.

Live music is back!