Kansas City musician and vocalist Samantha Fish made a name for herself as one of relatively few female blues guitarists. She prefers to be measured on her own merits rather than as a female musician, though a 2011 album as part of a project called Girls With Guitars didn’t help much in that regard. But after four solo albums, she has made a move that plays to some previously hidden strengths: Chills & Fever is not a traditional electric blues album. It’s a collection of well-chosen, sometimes little-known rhythm and blues covers, with backing by members of hard-charging garage soul outfit Detroit Cobras. 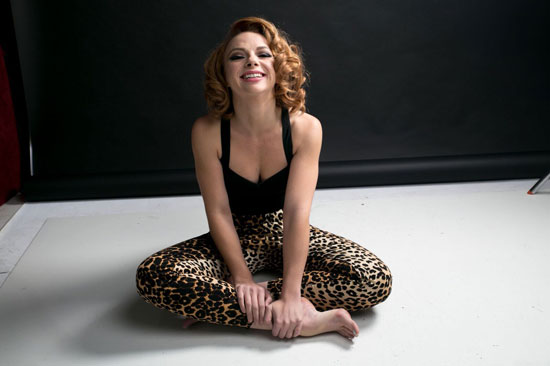 Chills & Fever and Fish’s current tour in support of that record represent a change for the 28-year-old guitarist, but not as big of one as listeners might think. “I’ve always wanted to go with a bigger, more dynamic band,” Fish told CP in an in-person interview just before a recent show in Asheville, N.C.

Fish explains that she met producer Bobby Harlow about a year ago. “He heard this soul thing in my voice that I hadn’t really expressed in any of my previous albums,” she says. “I always loved soul singers when I started singing and playing. But being in a rock and roll trio, I had focused my vocals in a different way.”

Samantha Fish doesn’t think of soul and r&b as distinctly different from the blues, so when she began considering songs for Chills & Fever, she found lots of great material. “We started putting together the album of 1950’s and ’60’s songs,” she says. “Some of them are crazy obscure. And it’s just a good time to re-make songs that are timeless classics.” Some of the tunes – like Barbara Lewis’ “Hello Stranger” – were hits, but Fish believes “I could put my stamp on them.”

She does just that on the album and live in concert, but longtime fans of Fish’s earlier work will be pleased to know that the live show still includes plenty of guitar fireworks. “I’m still singing and playing,” she says. “It’s fun to see our fans on this ride with us. They come to the show and they go, ‘Okay, I get it!’ As long as we’re up there having fun, people in the audience are going to have fun.”