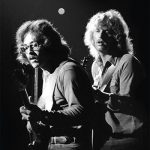 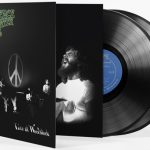 There’s a tired cliché that goes something like this: “If you remember the ’60s, you weren’t really there.” A half century later, an unfortunate reality is that if an event wasn’t properly documented, in the minds of current-day audience, it didn’t happen. And that has been the case with Creedence Clearwater Revival and the Woodstock
Read More
Jackdawg is a heretofore unreleased one-off project from 1990. The group features Stu Cook from Creedence Clearwater Revival, plus John McFee and Keith Knudsen from the Doobie Brothers. The fifteen songs rock fairly hard in a late 80s/early 90s way. From anyone else, “Bayou Rebel” would be tarred with the too-close-to-CCR tag, but seeing as
Read More
The history of rock ‘n’ roll is replete with all manner of tragic stories. In a few rare cases, the stories turn around into something more positive. Roky Erickson’s is one of those stories. Erickson was the founder of the first psychedelic rock group, the Thirteenth Floor Elevators. The group was renowned for its 1966
Read More