Played a Set for Everyone: CCR at Woodstock (Part One)

There’s a tired cliché that goes something like this: “If you remember the ’60s, you weren’t really there.” A half century later, an unfortunate reality is that if an event wasn’t properly documented, in the minds of current-day audience, it didn’t happen. And that has been the case with Creedence Clearwater Revival and the Woodstock Festival. It’s often forgotten today that CCR – one of the most popular bands of that era – was in fact scheduled as a headliner at Woodstock. But for reasons we’ll get into in a moment, the band’s performance was not included on the pair of 3LP sets that came out soon afterward, nor in Michael Wadleigh’s iconic Woodstock film documentary.

A half century later, that wrong is being at least partially set right. A number of years back, five songs from CCR’s set managed to show up as bonus material on a DVD reissue of Woodstock. And now in 2019, Concord Music is releasing a 2LP set that includes Creedence’s entire performance. I spoke with Creedence’s rock-solid rhythm section – bassist Stu Cook and drummer Doug “Cosmo” Clifford – about their experience back in August 1969. 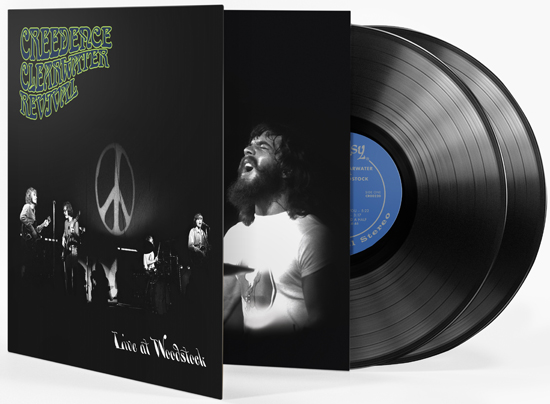 Was it tough to get to Max Yasgur’s farm? How did you arrive?

Stu Cook: Well, the night before we were doing a TV special in Studio City, and we flew all night to Boston, and then we caught a small jet that took us closer to the site. And from there, we helicoptered to the hotel. It was a Holiday Inn where everything was being run out of sort of a “production central.” An we also took small helicopters from there to the concert site.

Doug “Cosmo” Clifford: Doing television in L.A. took literally all day, and we canceled our flights a couple of times and ended up taking the last flight from L.A. to New York to be able to get to Woodstock. That in itself was tiring. Then, when we got there, we had to change our plans to go from a previously planned travel to a totally different one, taking a small jet out of a different airport because all the roads were blocked with cars. People just left their cars. And so, everything was pressure because we had a limited amount of time [and we were] thinking that we were going on when we were supposed to.

They had a two-man helicopter to fly us in. There were three of us in it. I was sitting next to John [Fogerty]. He was in the middle on a seat and I had my left cheek on what little bit of his seat I could sit on; I had my right leg out of the helicopter on the skid. I had my right hand holding the plexiglas window or door, actually, keeping that tight. And then, I had my left hand holding onto a seatbelt so I had something to shore myself up for the ride.

It was a kind of movie-esque grandeur when we saw it. We came up slowly over a rise as the sun was setting and that sort of exaggerated color: the sun low on the horizon, colors getting bright. Up we slowly came, and saw the crowd and we just went, “Oh, my God. There’s at least 400,000 here. Maybe more.” Now we were sort of awestruck.

And as we were landing, Joan Baez and Judy Collins were in the building next to where the helicopter landed. They were out there waving at people that were flying in. And it was just amazing. 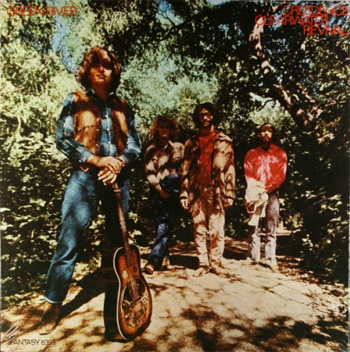 Stu: It was a quite a picture when you came up over the hill and saw the sea of humanity. Unforgettable. But we went to a different world. We went to backstage. The audience had a whole different set of circumstances.

Stu: We had our own gear, which was the kind of logistically amazing part of it. Our guys trucked our gear in and out of there on those muddy roads. They got lost once, and some farm boy showed them a shortcut out. They had their own story.

Stu: We were under the wing of Bill Graham and his organization backstage. He brought a motor home and some of his top people to keep an eye on Santana and – as it turns out – Creedence. So we spent a day in dry comfort. They were grilling steaks and had fine French wine and great California weed. It was super.

Doug: Bill Graham’s representative – his name was Barry Emhoff – liked us, because we were all business. The people he represented were all out taking acid. He didn’t know where they were, and they didn’t want to be around him. So, we ended up being able to have a nice steak dinner with a nice French red wine with it, and then the waiting began.

The band was supposed to have a prime Saturday night spot, but of course the Grateful Dead set pushed your start time past midnight. Did that delay affect your attitude and your performance?

Stu: Oh, I don’t think it had any effect, to tell you the truth. It kept us up late. I think it probably had more effect on the audience than us.

Doug: Well, it was a tiring situation. And it wasn’t all the Dead’s [fault]. There were gaps in the lineup for several reasons. Rain was a big one. I don’t think the stage was well-covered, if at all. And that created a lot of problems with electronics and this and that and the other thing. But then, the Dead did do a two-hour set [actually closer to 90 minutes – ed.] when they were supposed to do a one-hour set. Everyone was supposed to do that. And we thought it was pretty weird that they did it. We were anxious; we wanted to get on and we wanted to get going.

Once you took the stage about 30 minutes past midnight, could you get a sense of the crowd’s energy?

Stu: Well, there wasn’t a whole lot of energy at first. They were pretty whipped. But as things progressed, then we got into our performance, I thought we brought them along.