Played a Set for Everyone: CCR at Woodstock (Part Two)

The story that gained traction over the years is that the band’s performance was somehow wanting or otherwise subpar, but that’s not at all what I hear on this recording.

Doug: Well, thank you for that. Because John Fogerty said we – meaning the rest of us – didn’t play well. But I said, “Well, wait a minute. I think I was there.” Especially under the conditions, I thought we rose to the occasion quite nicely. I think maybe John didn’t have a good night or didn’t like the experience. 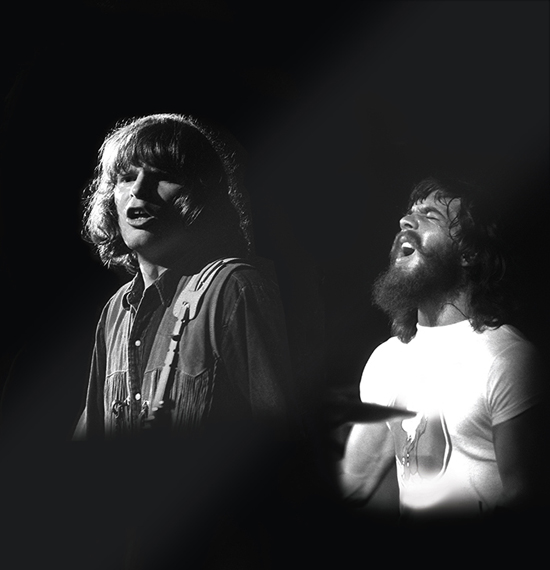 Stu: I always felt it was a journeyman performance. Not spectacular. The conditions were difficult on stage. There were a lot of technical problems as a result of the weather; all the moisture in all things electrical don’t go well together. So, I believe the spotlights were out; a lot of the stage lighting was out. There was all kinds of problems with the monitors and the recording equipment. Everybody was having problems. And so, it affected us a bit, I think, when we started the set. There were some issues that had yet to be resolved, and my best recollection was that it came together. And we played our set. We were a well-rehearsed band and we really never had good nights or bad nights. All of our nights were pretty much the same. It was really up to the audience. I mean, we would do our thing. So, in retrospect, I think that we probably had as good a set as anybody, if not one of the better ones there.

Doug: Well, the circumstances being what they were, it was pretty good. There was just a constant pressure of, “Is this amp going to hold up?” Fortunately, I didn’t have that problem; I was the only acoustic instrument up there, but I still had to be miked and I still had to get out to be heard. So, there was an adjustment. But by the same token, everybody had the same playing field for the most part, so we weren’t the only ones that were going through all of that. But we were straight and sober, and that’s how we always played: we got high on the music and didn’t need anything else but that.

I’ve heard various stories as to why the audio hasn’t come out before or why Creedence isn’t in the Woodstock Film. What’s your recollection on that?

Stu: Well, the unfortunate true story on that is that John had some kind of beef with the promoters. Probably because our payment for the performance was delayed. Why he didn’t get the money before we went on the stage is a question that only he can answer. But everybody else got paid. I know The Who and The Grateful Dead all got paid cash before they performed. Jimi Hendrix, the same. We were the headliner on Saturday night, and I think John felt disrespected. He thought we should’ve … anyway, it didn’t work out. And so John just got an attitude that Creedence wasn’t going to be in the film, we didn’t need to be in this film. We were already number one, right? By the time the decision had to be made, Green River was number one. And when we asked him why we weren’t in the film, he had the balls to tell us that we didn’t play very well. And of course we knew that to be incorrect, as we were still young and somewhat alert and could remember the evening fairly well. And again, the proof is in the pudding.

Bill: A lot of people don’t know that Creedence was there. Because in peoples’ minds, if it’s not in the film, it didn’t happen. Which is unfortunate.

Doug: That’s exactly right. We were pushing to be in the film but John said, “you didn’t play well. We’re number one. We don’t need it.” Well, we disagreed and ran around and went for decades. So, at least in terms of that, from a historical point of view, people will at least have the opportunity to realize and listen to what we did there, that we were there. 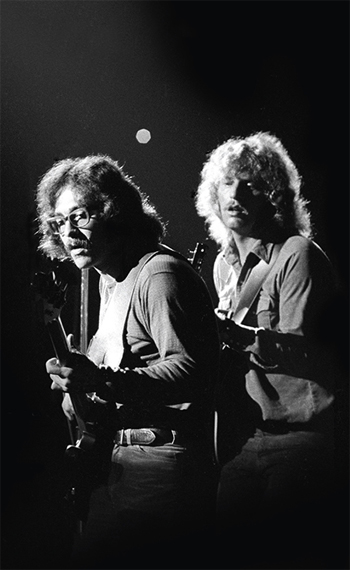 I know the band had played a number of other festivals prior to Woodstock. All these years later it’s probably hard to disassociate it from its place in history, but at the time, did it feel at all different? Or was it just more or less another festival?

Doug: I think that if we hadn’t taken that gig that there would have been no Woodstock event as it transpired. The people putting it on had a concept: peace, love and music. And as it turned out, it was genuinely that, especially when they had to deal with the massive crowd that did come. But they had no experience at putting concerts on. So, people were very wary of that. And so, the big [acts] didn’t want to be the first that said yeah; they were waiting for somebody else to do it. When Creedence Clearwater Revival said, “We’ll do it” – at that time, we were number one in the world in record sales and number one concert draw in the world – they said, “Oh, we better get in there.” So, almost immediately they jumped in. Had we said no, I don’t think it would’ve happened. I don’t think there would’ve been a Woodstock.

Stu: It started out like all the other festivals, but obviously, by the time it was over, it wasn’t like any of them at all. No, I don’t believe any other festivals had the gates crashed and the resulting crowd size probably doubled. So, they weren’t prepared for any of that, in terms of shelter and sanitation and food, water, stuff like that. They were way out in the sticks. They couldn’t just go down to the mall and shop. So, that presented a whole different set of challenges. The amazing thing about it was that they all got through it. They helped each other out and peacefully coexisted. None of that happened at any of the other festivals. So it turned out to be the most memorable by far.

Doug: When we could take our logistical hats off and just stop for a moment and look around to see what was going on – now, this is before the sun went down – we could see that people were joyous, having just a great time. There was nobody complaining there was no food, no water, no toilets. For a crowd that big that was wet and cold, people shared with complete strangers what little they had of anything, whether it be food or snacks or drugs or whatever. You could feel the energy there. It sounds corny, but it was truly a love fest. People were there, and they were happy they were there. They made the best of a horrible situation. And Stu said it best: “Woodstock was not about the bands. It was about the people that were there that were able to endure all the crap that they went through.”

Stu: We spent the night and then I’m pretty sure we got out the next day. I recall that the Nitty Gritty Dirt Band was on the bill with us the next night, and we played at some sort of a tent in New Jersey. On normal nights, 5,000 people would seem like a big crowd. But it was quite a let down after playing for nearly half a million people. It was starting to sink in after we’d left what we’d just been through. So the enormity of the Woodstock experience was just starting to become clear.

Doug: There was only one and will ever be one Woodstock, where everybody was loving their brothers and sisters. It was just, “Hey, we’re here. Things are shitty, but we’re going to have a good time.” That was amazing to me.