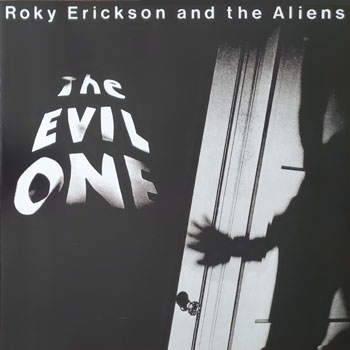 Bill Miller would play amplified autoharp in Roky’s late ‘70s band, The Aliens, but by that time he had been a fan for years. He says that Roky was always unpredictable. “One thing about working with Roky: any day might be the last day,” he says. “Back in the days of The Elevators, the big draw was, ‘You better go see him, because this is definitely it. This’ll probably be the last time.’” He laughs and adds, “They were on their last legs at their very first gig! So, that’s a pretty compelling draw, you know? ‘You don’t want to miss this no matter what.’”

Bill Bentley grew up in Houston; he was a fan right from the start. “When The Elevators first started playing in Houston, it was at a club called La Maison in January of ‘66,” he says. “I became a maniacal, completely over-the-top fan of The 13th Floor Elevators.” Noting that he has seen nearly every rock band of note, Bentley remains convinced that the Elevators “were the best band I ever saw live. Better than the Beatles, better than the Stones.”

Bentley says that Roky’s band “had this other-worldly power, because they were writing about all kinds of spiritual, metaphysical, psychological things.” Much of the inspiration for the music, he notes, came from a notable source: “It was LSD!”

Roky had a relationship with the Bay Area that went back to his Elevators days. The band played a run of dates at The Avalon in 1966. “Their little bit of Heaven was those couple of months they spent in San Francisco,” says Bill Bentley. He recalls asking Neil Young, whose band Buffalo Springfield had opened for the Elevators, what he thought of the band. “Wow,” Young told him, “That jug was loud!”

The Elevators were volatile; drug busts and their wild reputation made regular touring a challenge. By the time the band released its third album, 1969’s Bull of the Woods, the group had already disintegrated. That same year, guitarist, singer and songwriter Roky Erickson was arrested for possession of one joint; to avoid Texas’ extreme punishment for such an offense, Erickson pleaded guilty by reason of insanity. Admitted to a series of state-run mental hospitals, he was subjected to electroconvulsive therapy and Thorazine treatments. Already fragile, Erickson – who had been diagnosed with paranoid schizophrenia – would never fully recover.

Concerned friends and associates did what they could to help Erickson continue to make music; he recorded tracks with fellow inmates, including a convicted multiple murderer. Judged sane in 1972, Erickson was released from the mental hospital, though he would return again many times. Save for a pair of 1977 singles, Erickson didn’t release any music during the 1970s. But as that decade headed to a close, he traveled to California with The Aliens. 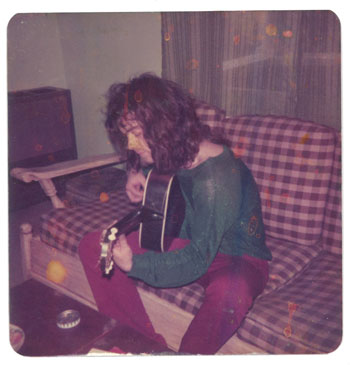 Photo courtesy Light in the Attic

While in the Bay Area, The Aliens would make what would become The Evil One. Producing those sessions was Stu Cook, best known not as a behind-the-console figure but instead as the bassist of one of America’s best-loved bands, Creedence Clearwater Revival.

Craig Luckin had been Roky’s manager for some time; he knew Stu Cook on a casual basis, and approached him about working with his mercurial client. A longtime fan, Cook was eager to take on the project. But Erickson was going through one of his more challenging times, Cook says. “He could sing and write and keep it together to do a live show, but he was too agitated to spend a lot of time in the recording environment. Sometimes he’d be incredibly coherent and focused and enthusiastic; other times, he’d be totally distracted or worried.”

Recording commenced in San Anselmo and Oakland; those represented all of the instrumental parts. Once basic tracks were done, Roky left California, returning to his native Texas under circumstances that – like much of his life – remain shrouded in a haze of confusion and vagueness. There he was re-institutionalized. But there was still the matter of completing the vocals on the album. “I had to get Roky out of Rusk State Mental Hospital in Texas to do the lead vocals on some tracks,” Cook says. Luckin and Cook would check Roky out on a daily basis.

Roky’s songs of that period displayed a fascination with horror movies, the occult and other esoterica. The song titles help tell the story: “Bloody Hammer,” “I Walked With a Zombie,” “Creature With the Atom Brain,” “Night of the Vampire,” “I Think of Demons” and “If You Have Ghosts” are representative samples. Cook would eventually assemble 15 songs from the sessions.
When the record was finished, Craig Luckin turned to the task of finding a way to release it. Ten songs were released in the UK as Roky Erickson and the Aliens (though it’s sometimes considered an untitled album). The terms of Luckin’s agreement with CBS stipulated that Roky’s manager retained the rights to make a separate deal for releasing the recordings in the United States.