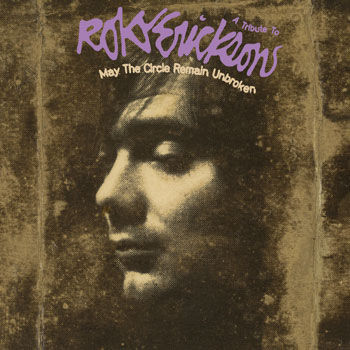 The Bay Area’s rich psychedelic music tradition has its roots in familiar places: Jefferson Airplane, Big Brother and the Holding Company and The Grateful Dead laid the groundwork and built upon that foundation. More than a half century later, artists like The Fresh and Onlys, Thee Oh Sees and Ty Segall carry on that tradition. But listen more closely and discover that there’s another figure—a comparatively overlooked one—whose music has inspired their music as well as many other artists. His name was Roky Erickson. A new tribute album, May the Circle Remain Unbroken, will be released on July 17, Record Store Day 2021. Featuring an impressive roster of artists who claim Erickson as an influence—Jeff Tweedy, Lucinda Williams and Neko Case among them—the album pays homage to the Texas singer, songwriter and guitarist who passed away in 2019.

Roky was a Texan, but he earned status as an honorary San Franciscan. At key points along his musical journey—near the beginning, at his creative peak, and near the end of his time on Earth—he was here, each time drawing inspiration from the city’s musical vibe while influencing and inspiring other music makers.

1966: With their overt and outspoken celebration of LSD, his band The 13th Floor Elevators was relentlessly dogged by law enforcement; the Elevators’ run of dates at the Avalon in August of that year has been described as a respite, “their little bit of heaven.”

1979: After an extended creative dry spell, Roky rallied in the late ‘70s, writing a fistful of new songs about monsters, demons and aliens. He returned to San Francisco for live performances and—working with Creedence Clearwater Revival’s Stu Cook—to record The Evil One, an album that many consider the best work of his career.

2019: As his health problems threatened to overtake him, Erickson came back to the Bay Area again for a special live performance of a classic Elevators album, 1967’s Easter Everywhere. That show inspired an audience member, Bill Bentley, to put together an all-star album in tribute to Erickson’s life and music. Roky would leave his body behind less than a month after that concert. 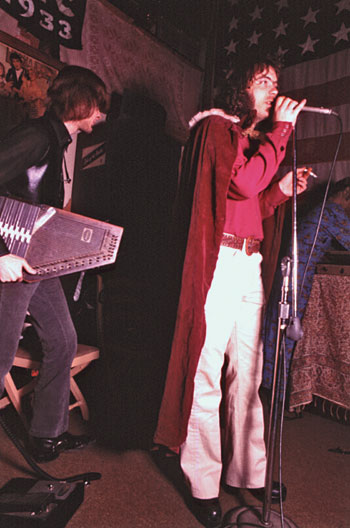 Roky’s influence has always extended to reach some interesting, and sometimes unexpected, places. In the years before launching ZZ Top, guitarist Billy F Gibbons led a Texas band, The Moving Sidewalks. That group’s signature tune was “99th Floor.” It’s both a garage rock classic and a clear homage to Roky and the Elevators. “Roky stands as a pioneer who discovered and brought new sonic vistas,” says Gibbons, asserting that there’s a “continued existential benefit from both his visibility and, in a sense, his invisibility.” Gibbons covers Erickson’s “(I’ve Got) Levitation” on the new album.

Neko Case’s music encompasses multiple genres—country, punk and power pop, to name three—but at her creative core she’s a powerful and articulate singer-songwriter. And Roky Erickson’s music moves her. “I remember being very teary and very floored the first time I ever heard ‘Be and Bring Me Home,’” she says. “I found it so touching. And I love the stream-of-consciousness lyrics; they don’t necessarily all make sense to you at the time, but you get the feeling from them anyway. There’s some sort of superpower.” Case’s reading of the song—written by Erickson during one of his stays in Texas’ Rusk Mental Hospital—is a highlight of the new record.

The musical connection between Roky Erickson’s music and that of Austin psychedelic rock band The Black Angels was readily apparent even before the group toured with him in 2014. Bassist Alex Maas fondly recalls Erickson as “this sweet, gentle, bear that was kind of floating in the cosmos and the ether.” For May the Circle Remain Unbroken, The Black Angels cover “Don’t Fall Down.” “That song just spoke to me, personally, in my life,” says Maas. “I feel so connected to the relationship aspect of it: ‘Don’t fall off the path.’ So when I started singing, I didn’t even try any other songs [for the album]. There’s a global message there that can be applied to everything, in terms of being accountable and dependable.”

Roky Erickson first established his place in rock history in 1966 when his second band, Austin, Texas-based The 13th Floor Elevators, released its debut, Psychedelic Sounds. Featuring the single “You’re Gonna Miss Me,” the LP is widely acknowledged as one of music’s first-ever psychedelic rock albums. Released on the tiny International Artists label, the LP would reverberate throughout the music scene, exerting a cult-like influence rather than a mainstream one.

The 13th Floor Elevators were ahead of their time. The band was making whacked-out, poetic music flavored with ingredients nobody had combined before. The songs were about (or at least heavily influenced by) LSD. Tommy Hall blew into an amplified jug. And out in front of the group, guitarist Roky Erickson howled his lead vocals on aggressive rockers like “Roller Coaster” and “Fire Engine.”