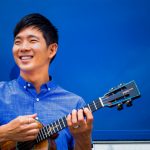 Hawaiian ukulele sensation Jake Shimabukuro catapulted to international fame in 2006 when a Youtube video of him performing the George Harrison-penned Beatles tune “While My Guitar Gently Weeps” went viral. By that time, Shimabukuro was already well-known in his native Hawaii and in Japan; by 2006 he had released six albums in the west plus
Read More 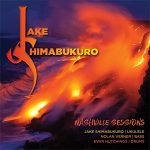 File next to: Michael Hedges, Joe Satriani Generally associated with Hawaiian music and culture, in recent years the ukulele has gained wider acceptance and credibility as a musical instrument suitable for other genres. To the uninitiated, the term “ukulele virtuoso” might seem a kind of joke, but there’s no doubt as to Shimabukuro’s astounding facility
Read More