Today I present yet four more capsule reviews. Today’s crop includes reissues on the Real Gone Music label. RGM is committed to unearthing long- (and unjustly-) forgotten music, and these four titles — all from the too-often-maligned decade of the 1970s – certainly meet that standard. My self-imposed limit for this particular exercise is 150
Read More 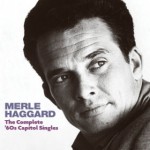 First it was Collectors’ Choice Music, and then when they shuttered their label, it was Real Gone Music. Now Omnivore – another boutique label run (in the best way) by crate-digging types – is following suit and putting together complete collections of a- and b-sides of 45rpm singles form an array of important artists. And
Read More
I nearly passed this one by. The cover turned me off, and as I’ve mentioned before, with so many CDs for potential review, an off-putting cover image can sometimes be enough to cause me to just move on. Guy with a hat? Check. Acoustic guitar in hand? Check. Female cover model who I find, well,
Read More
If you want a potted history – albeit one from a provocative perspective, and with its own axe to grind – of Wanda Jackson‘s career, I recommend you put your hands on Nick Tosches‘ Unsung Heroes of Rock’n’Roll: The Birth of Rock in the Wild Years Before Elvis. But for the music itself, your go-to
Read More
Though her recording career began in the mid 1950s, I only discovered Wanda Jackson sometime around 1993. Sometime that year I was in a Wal-Mart (I rarely if ever set foot in one of those these days, but back then I sometimes did) and found myself poring over a bin or “remaindered” books reduced for
Read More
Clover doesn’t rank in the top tiers of musical acts in terms of notoriety. Mention their name to most music fans and you’ll earn a blank stare. If they’re known at all, it’s generally for one of two things: the guy who fronted the band in their later days was a singer called Huey Louis
Read More
Val Kilmer would be proud. The nearest, best antecedent to the soundtrack to the 2005 Johnny Cash biopic Walk The Line is Kilmer’s vocal turn in Oliver Stone’s The Doors. In the Cash film, the decision was made to use new recordings of old classics, rather than having actors lip-synch to other recordings (presumably robbing
Read More
Hayseed Dixie is bluegrass music’s answer to Dread Zeppelin. But then, who asked the question? Hayseed Dixie’s high-concept approach recasts hard rock songs in a bluegrass context (for a secret message, say “Hayseed Dixie” out loud, over and over, until you get it). These guys most certainly have a sense of humor — how else
Read More