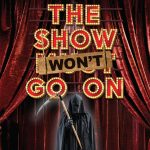 Popular culture has long held a fascination with death. The old “death and taxes” saw about it being one of life’s inevitabilities speaks to the importance we place upon it. And that fixation – mixed with fear and dread – has manifested itself in all forms of artistic expression. Against that backdrop, a book that
Read More