The backlog is threatening to get unmanageable once again. As a kind of editorial pressure release valve, here’s a quick look at ten worthy albums that have recently crossed my desk. All new music. 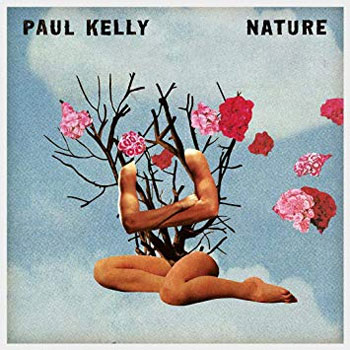 Paul Kelly – Nature
Some artists accumulate a body of work that all ties together in a neat fashion. Paul Kelly is such an artist. In recent years he’s made records based on Shakespeare’s sonnets, collaborated with other artists, and written many original songs that showcase his warm, folk-rocking yet highly literate sound. Nature draws from all of those approaches. With lyrics based on both his own poetry and that of Sylvia Plath, Dylan Thomas, Walt Whitman and others, Kelly has once again struck gold. Don’t be scared off by the poetry angle, though; with these songs, Paul Kelly revels in the pop tradition. 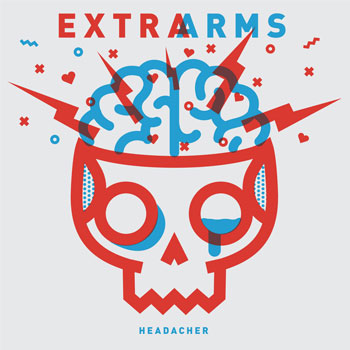 Extra Arms – Headacher
My CD shelves are near capacity. But there’s always room for driving, highly melodic rock. So much so that if a good one comes along, I’ll retire a dusty CD that hasn’t got listened to in year, just to make room. Headacher is a disc that deserves space. This Midwest outfit makes music in that region’s power pop/rock tradition; they sound a bit like Fountains of Wayne without the winking cleverness, or Cheap Trick with the arena rock tendencies dialed back. Best of all – and this is key – they really sound like they’re having fun. So will you. 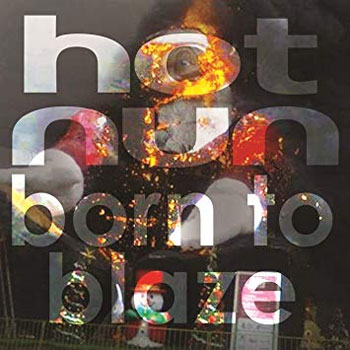 Hot Nun – Born to Blaze
I’ve said it before, and more than a few times at that: Jeff Shelton is a busy guy. His main gig is The Well Wishers, but he still finds time for a pleasing side project. Hot Nun is a solo project (with a couple of guitar solo guest spots). And though I don’t like to quote one-sheets, the touchstones mentioned therein (Cheap Trick, Redd Kross) provide reliably accurate hints as to the sound and style of the six tracks on this set. Shelton brings the tunes, and he plays like there’s a stadium full of fist-pumping fans; it truly blazes. 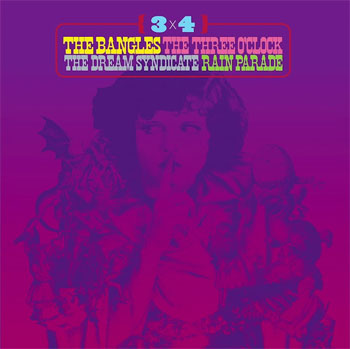 Various Artists – 3×4
Some artists squirm when they’re lumped into a particular scene. The Bangles, the Three O’Clock, Rain Parade and the Dream Syndicate – some of my favorite bands from my college days – wear the “Paisley Underground” title proudly. This disc’s clever concept finds those acts covering each others’ songs. Hardcore fans might take issue with the specific song selection – can’t please everybody – but in the liner notes the band members make the personal case for their choices. Think of it as a belated sequel to the eponymous 1984 album from Rainy Day, with nearly the same personnel involved. 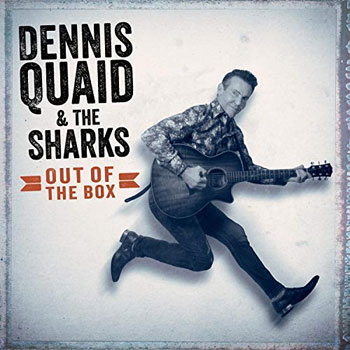 Dennis Quaid & the Sharks – Out of the Box
With due respect, whenever I see an actor-making-an-album project, my initial instinct responds, “this’ll probably suck.” But of course Quaid has some rock ‘n’ roll cred, having starred (and performed) in the Jerry Lee Lewis biopic Great Balls of Fire, among other gigs. That his longtime band – together for more than a decade – is led by Kingbees guitarist Jamie James gives it extra heft. Out of the Box is fun, unpretentious and unassuming meat-n-potatoes rock. The covers (two Doors songs, “Slow Down” and – wait for it – “Gloria”) are a bit bar-bandy, but the originals are solid. 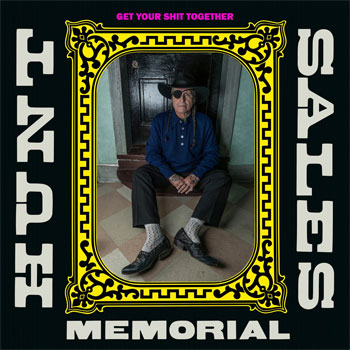 The Hunt Sales Memorial – Get Your Shit Together
There’s no denying Hunt Sales’ rock pedigree. Tin Machine with David Bowie, Todd Rundgren’s Runt and the very earliest (unrecorded) Utopia, Iggy Pop, and Bob Welch’s Paris: he was an important part in projects from those artists. But he’s never put together a solo album until now. If you’re guessing it’s barbed-wire raw, with a sound not miles away from Johnny Thunders’ Heartbreakers filtered through a kind of scuzzy Aerosmith sensibility – then you’re about right. Hunt ain’t much in the vocals department but he makes up for it in sincerity. “Angel of Darkness” crosses reggae and country. No, really. 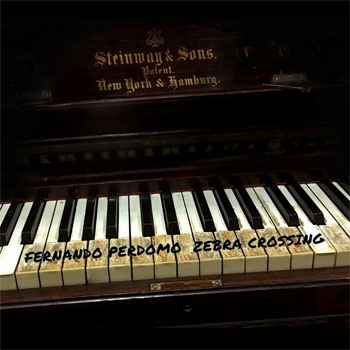 Fernando Perdomo – Zebra Crossing
One of the busiest musicians in L.A. and beyond – and deservedly so – Perdomo recently traveled to London’s famed Abbey Road Studio to cut his 90th solo album (okay, not really; more like his tenth long-player in as many years). Perdomo strikes a nice balance between the do-it-all approach and bringing in friends. The album folds in crunchy rock and baroque pop; Perdomo’s prog tendencies are dialed back just a bit. And Zebra Crossing may end up being his most full realized and balanced album. Special mention goes to the evocative, breathtaking string arrangements on some of the cuts. 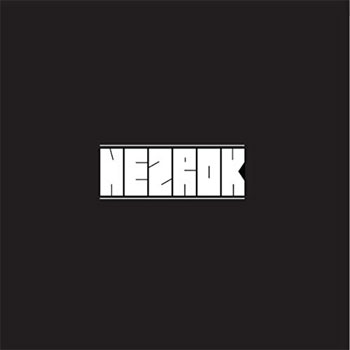 Nezrok – Nezrok
Whether you’re a major-label act or an indie artist, you can’t do much better than enlist the talents of Smithereens drummer Dennis Diken and (here’s his name again) Fernando Perdomo to make your album. Chris Korzen has done just that, also getting help from Van Duren, Vicki Loveland, Chris Bolger and Dave Amels. None of that would matter if he couldn’t write and sing winning, highly catchy tunes. Happily for all involved – and you as well – he does just that. The (attributed) lift from the Police’s “Walking on the Moon” on “ICU” is a bit weird, but works. 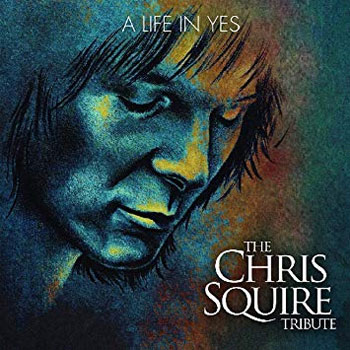 Various Artists – A Life in Yes: The Chris Squire Tribute
For awhile there, Billy Sherwood was cranking out these tribute projects at an astounding rate. But with the sad passing of his friend, mentor and sometime-bandmate Chris Squire, Sherwood had his hands full as Yes’ bassist. But now he’s gotten around to paying tribute to Squire, and – per his standard method – A Life in Yes is him on nearly everything, with star guest spots filling in around the edges. Guests include Jon Davison, Patrick Moraz, Steve Hogarth, Larry Fast, Annie Haslam, David Sancious, Steve Stevens, Sonja Kristina, Steve Hackett, Todd Rundgren, John Wesley, Brian Auger, Tony Kaye and more. 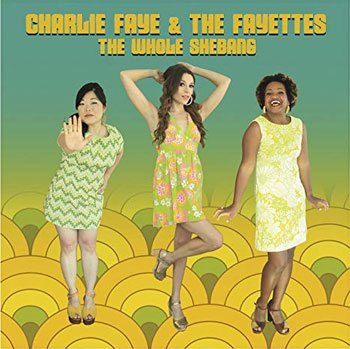 Charlie Faye & the Fayettes – The Whole Shebang
It’s taken longer than I might have hoped for this Austin-based girl-group (I use that term advisedly) to follow up its winning self-titled 2016 debut. But it’s been worth the wait. Using many of the same musicians as last time, Faye and her cohorts (Betty Soo and Akina Adderley (yes, of that Adderley family) deliver another set of winning, delightfully retro tunes. If That Thing You Do! ever gets a distaff reboot, Faye and her group should handle the music. And that’s some of the highest praise I can think of. Highlight: the moody “The Cream Rises to the Top.”