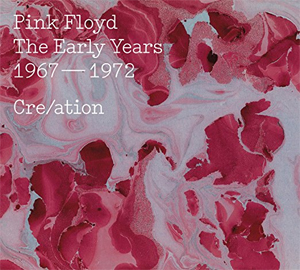 Unless one is both the hardest of hardcore Pink Floyd fan and wealthy, The Early Years Box Set probably isn’t under consideration (it retails for more then $500). But for those with an interest in the band that goes beyond their best-selling albums, this new 2CD set is an essential purchase. The Early Years, 1967-1972, Cre/ation includes brighter and cleaner remastered versions of some of the group’s early material, but that’s not where the real interest lies. Pink Floyd did some of its best work live on BBC Radio, and no less than six of the set’s 27 tracks are from BBC sessions. A live version of “Atom Heart Mother Suite” sans orchestra is another highlight. Until Legacy releases some of the box set’s individual titles, Floyd fanatics will have to hang onto their bootlegs. Meanwhile, Cre/ation will more than whet their appetites.