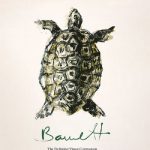 There have been quite a few books written about Syd Barrett. Some have emphasized the more lurid and sensational aspects of his story, including his drug use, mental illness, dismissal […]
Read More

Continued from Part One … excerpted from my book, Reinventing Pink Floyd Barrett had approached his old friend David Gilmour – then on holiday in Ibiza, Spain, the setting for […]
Read More

excerpted from my book, Reinventing Pink Floyd In early 1968, mere months after Syd Barrett left (or was dismissed from) Pink Floyd, his management team of Peter Jenner and Andrew […]
Read More

Continued from Part One… “In the Beechwoods” studio track recorded late 1967, produced by Norman Smith Quite possibly the Great Lost Syd Barrett/Pink Floyd track, the existence of “In the […]
Read More

When viewed against the backdrop of the influence he would exert upon popular music, Syd Barrett’s recorded body of work is remarkably small. The earliest studio session of which he […]
Read More 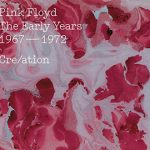 File next to: Genesis, Led Zeppelin, Yes Unless one is both the hardest of hardcore Pink Floyd fan and wealthy, The Early Years Box Set probably isn’t under consideration (it […]
Read More
Customarily, I take Thanksgiving Day off from posting to the blog (it’s one of very few days in which I do that). In fact I generally write the pieces days […]
Read More