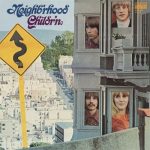 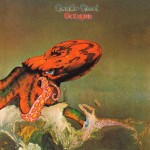 Progressive rockers Gentle Giant released Octopus, their fourth album, in December 1972. Allowing that Gentle Giant’s music is nothing if not an acquired taste, Octopus is among their best work. The album got a long-awaited CD reissue on the group’s own Alucard label in 2011. That release featured excellent sound along with a booklet containing
Read More
Today, it’s five more capsule reviews. It’s great stuff all, dating from the 1970s. Stories – Stories Untold: The Very Best of Stories The, um, story of Stories in inextricably tied up with that of the Left Banke (“Walk Away Renee”). The music on this set from Real Gone Music draws not only for the
Read More
On their third album, 1972’s Octopus, Gentle Giant delivered a collection of songs that ranked among their best. With a sound that synthesized their medieval/renaissance aesthetic wedded to a jazzy approach, Octopus – in places – feels like a hard-rocking answer to ex-King Crimson duo McDonald and Giles. Gentle Giant would go onto (slightly) greater
Read More
Three Friends finds 70s progressive group Gentle Giant at their most rocking and abrasive, yet the group manages to deliver a set of challenging, progressive numbers in the process. Right out of the gate with “Prologue,” the band combines the fiddly-bits melodic style that endears them to fans (and drives everyone else up the wall),
Read More
Sporting a sound that’s at once highly polished and more accessible than anything the band had done before, Free Hand remains firmly in the progressive rock camp. A challenging listen, it’s the best point at which to enter the Gentle Giant catalogue. It’s easily the group’s most consistent, best album. Gentle Giant always had a
Read More
If you’re not expecting it, the smashing glass sounds that open “The Runaway,” the opening salvo of Gentle Giant’s 1973 In a Glass House, they’re a pretty jarring experience. While the use of found sounds in a musical context is pretty common in the 2st century, Gentle Giant’s use of glass-smashing to establish the song’s
Read More
As “Proclamation” — the opening track on Gentle Giant‘s 1974 album The Power and the Glory, newly remastered and reissued in 2010 — unfolds, it may at first seem that the song isn’t grounded in any sort of accessible melodic configuration. Kerry Minnear‘s nimble, skittish electric keyboard and Derek Shulman‘s high-flying vocal acrobatics seem to
Read More
The career of Gentle Giant spanned the whole of the 1970s, and their modest commercial fortunes closely paralleled that of their chosen (or assigned) genre. Beginning with their self-titled debut album in 1970 and running through their eleventh studio album (1980’s Civilian) the group charted a singular musical path. While they went their separate ways
Read More