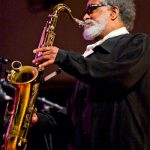 Continued from Part Three… You were 26 years old when you made Way Out West, but you had recorded nearly a dozen albums by that time. In those days, did you view recording sessions as a means of documenting a live performance, or was working in the studio different from playing live? I started recording
Read More 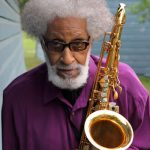 Continued from Part Two… Lester Koenig’s original liner note essay on the back of the Way Out West record sleeve explains that you had never played or recorded with Shelly Manne or Ray Brown before the session. How did you come to know of each of them and choose them for the Way Out West
Read More 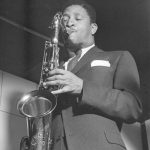 Continued from Part One… Subsequent CD-era reissues of Way Out West have included various previously-unreleased outtakes from the late-night recording sessions, but for the 2018 vinyl reissue, another unheard recording of “There is No Greater Love” has been added to the second LP. This alternate take gives the number a slightly more subtle reading, but
Read More 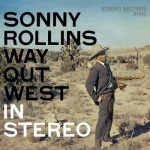 With its unusual cover photo and its non-standard trio format, Sonny Rollins’s 1957 album Way Out West stands apart from the jazz releases of its era. Sixty years after its release, Way Out West is widely recognized as an important landmark in both the career of the Harlem-born tenor saxophonist and in the history of
Read More

Let’s wrap up (or almost wrap up) 2017 with a look at three video packages on my desk. Ernie Kovacs — Take a Good Look I remember a time back in the early 1980s when PBS Television ran some really, really fascinating programs. One was a re-airing of the groundbreaking 1960s miniseries The Prisoner, starring
Read More 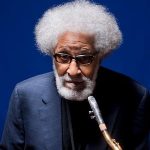 Continued from Part Three … Bill Kopp: You mentioned about overdubbing and multi tracking. If I recall, in the late ’60s and early ’70s Miles Davis and his producer Teo Macero would often build entire tracks out of a little bit from here, a little bit from there. They would piece it together afterwards so
Read More 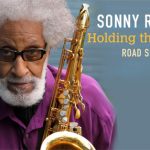 Continued from Part Two … Bill Kopp: Like much of your work, Holding the Stage features your original compositions along with readings of standards. When you’re composing music, do you come up with a melodic line for the head and then build a song around that, or do you use some other approach? Sonny Rollins:
Read More

Continued from Part One … Bill Kopp: To your knowledge, have pieces from your back catalog been sampled by hip hop artists? Do you get compensated for that? Sonny Rollins: I have had some songs being sampled but I don’t get any … I don’t know if it’s a large amount and if it produces
Read More 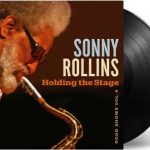 Among jazz fans, Sonny Rollins needs no introduction. For everyone else, here’s a quick thumbnail bio. Born in New York City in 1930, Rollins began his career as a tenor jazz saxophonist in the 1940s. A contemporary of many jazz greats including Miles Davis, Charlie Parker and Thelonious Monk – all of with whom he
Read More