A Conversation with Sonny Rollins, Part 3

Bill Kopp: Like much of your work, Holding the Stage features your original compositions along with readings of standards. When you’re composing music, do you come up with a melodic line for the head and then build a song around that, or do you use some other approach?

Sonny Rollins: Well, that’s a tough question to answer. I think melodically, of course. And sometimes a melody will come to me, sometimes the whole concept will come to me. Sometimes I start with the melody and fill in the rest of it. Stuff comes at different times. 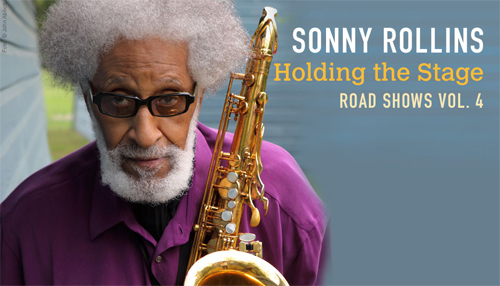 Sometimes I’ll get a whole melody. And that’s why I always carry around manuscript paper, because things come to me. And at night when I am sleeping, I always have manuscript paper right around. If I get a thought, an idea, I better put it down right away. Because if you don’t, it’s gone.

Music comes from … you are influenced by things you don’t remember. And it’s a matter of putting together things that you’ve heard. It’s very hard to say where music really comes from to you; how do you get music? I don’t know. It comes from what you have heard, of course, and some of it’s more invented. You hear things which are sort of more unusual than [by] other composers.

It comes to me in many different ways … just a phrase here which reminds me of something, maybe in this life, maybe in another life. In fact, I believe in reincarnation. It might be a thousand lives ago I might have heard a melody, and now here I am today writing it down. Who knows? I don’t know where music comes from, you know? But we’re all humans, so we are influenced by what we hear. And then we are putting it down as we remember it.

BK: Only rarely have you played any other instrument besides tenor sax. Have you felt that there was enough to explore on tenor that there was no need to move beyond it, or is there some other reason?

But the saxophone was all that I could handle; it’s more than I can handle. I never felt a need to … I’m not that talented. There are some guys I know that can play many instruments. There’s a guy I know named Ira Sullivan, he’s a musician who was around … sorta my era. Ira plays great trumpet and great saxophone. That’s special. The great Benny Carter played trumpet and saxophone. Miles Davis used to play piano, enough that it could help him help his trumpet [playing]. Dizzy Gillespie was able to play enough piano to help his harmonic sense when he played the trumpet. So I can do a little bit, I can play some chords. But no, the saxophone is still my dream instrument; it’s still the thing that I am trying to conquer. And that’s that, I’m still in that. I’m still trying to get that right.

BK: Throughout your career, in addition to enlisting a lot of fine and very, very notable side men, you’ve played and recorded with a lot of other legendary musicians. Is there anyone with whom you never got the chance to play that you wish you had? 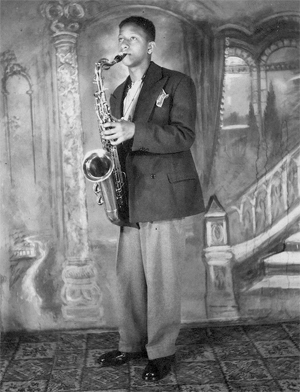 And I wished I had played with Count Basie. Now, Count Basie liked my playing; I know that. We played on the same bill, so that was good; it was nice to know that great Count Basie, but I never got a chance to play with him. Duke Ellington, of course: I would have loved to have been able to play with that great band, you know.

BK: One of the great American composers …

SR: Oh, boy! And the harmony and the harmonic adventures that he embarked on … I’m telling you, that was really great, great stuff.

BK: One of the things that has always intrigued me about instrumental jazz, or any instrumental music for that matter, is how even without words it can be “about something.” Because you are so successful at conveying thoughts and moods musically, how do you set out to express ideas and emotions via your instrument?

SR: Well, that’s another tough question. I’ve heard the words to the songs I have played. When I was about 3 years old my mother took me to hear “Pirates of Penzance.”

SR: Do you remember them?

SR: Exactly right. I know you didn’t know them [laughs].

Anyway, so I heard that “Pirates of Penzance” at a performance in a park up in upper Harlem where we lived. So I always heard music and lyrics together. As I became a jazz musician, I guess that was always in my mind. I remember the great saxophonist Ben Webster used to always know the lyrics of what he played. And I think Lester Young also knew the lyrics of some of these beautiful ballads that they played. It would be in their head while they were playing.

BK: Many musicians remark upon the difference in atmosphere between a live show and a studio session. Perhaps more than any other style of music, I think jazz seems best represented by live recordings. Is that your sense as well?

When the technology came in to overdub and do a lot of technological things, I began taking advantage of that. I used to do a lot of extra takes on one track, for instance. And then I realized, well, somebody said: “the first track is your best track, so don’t waste time doing a million tracks.” But technology allowed us to do that, and I took advantage of it.

But a lot of great records – all the great records I heard – were done in studio situations. Very few were done live. I mean, there were some, but that was not the norm. I got sort of seduced by that and I liked playing live because I thought the studio was a very stultifying place to create music. You would always be looking for the red light to go on: “okay, recording.” So that was sort of a drag to me.

I always felt that when I was playing, not only could I get a lot from the audience, but it freed my inhibitions. So I do feel that, in my case – and it’s probably a detriment of mine – I like playing live. I always feel better when I am playing live under the sky, and I can get closer to Mother Nature, if you will. I just feel more with it. I prefer that to the constrictions, in a way, of a studio.