Yesterday I covered ten albums in 1000 words. Today I’ll do the same. All titles are new or recent releases. Shumaun – One Day Closer to Yesterday I love me […]
Read More 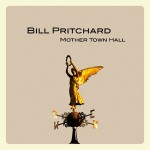 File next to: Ray Davies, Lloyd Cole, Martin Newell Despite having released nine albums since 1987, England-based Bill Pritchard isn’t well-known at home , much less here in the USA: […]
Read More