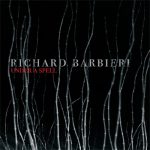 For several years, Richard Barbieri was the keyboardist in art rock band Japan; his atmospheric work was a key component of that band’s sound. And once Steven Wilson transformed his […]
Read More