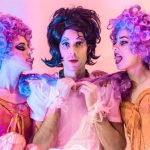 Operating just under the radar of the commercial pop landscape, of Montreal nonetheless makes undeniably catchy – if not truly mass-market oriented – pop music. Originally part of the Elephant 6 Collective that spawned Neutral Milk Hotel, Elf Power and Apples in Stereo, of Montreal moved beyond that scene to develop into a vehicle for
Read More 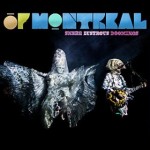 File next to:Soft Boys, Olivia Tremor Control, Television One of the most commercially successful exponents of the Athens GA-based Elephant 6 Collective, of Montreal has a well-deserved reputation for powerful live performances. Kevin Barnes‘ group is also one of the most prolific acts out of the collective, with thirteen studio albums (not to mention numerous
Read More